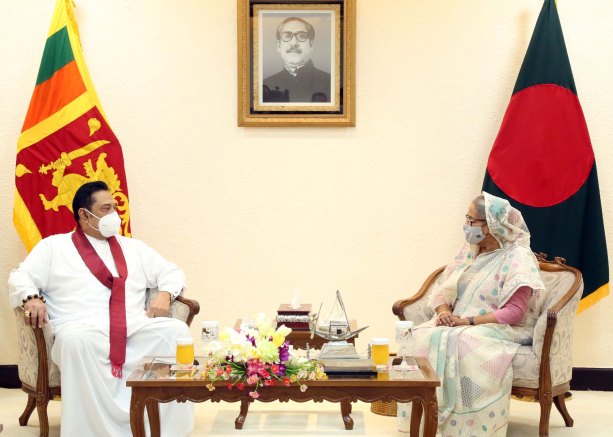 Bangladesh and Sri Lanka have signed six MoUs which are:

*Training of nurses and healthcare workers

*Cooperation on international and strategic studies

The MoUs are signed at the Prime Minister's Office in the capital in presence of Prime Minister Sheikh Hasina and her Lankan counterpart Mahinda Rajapaksa.

The signing ceremony is held following the bilateral talks between the two sides led by Bangladesh Prime Minister Sheikh Hasina and Rajapaksa at the PMO.

Before the formal delegation-level talks, the two leaders held a tête-à-tête.

On his arrival at the PMO, the Sri Lankan Prime Minister is received by Sheikh Hasina at the Tiger gate.

The Sri Lankan PM arrived in Dhaka Friday morning on a two-day official visit to attend the celebrations of the birth centenary of Bangabandhu Sheikh Mujibur Rahman and the golden jubilee of the country’s independence.