Sumaiya all set to play for Kings 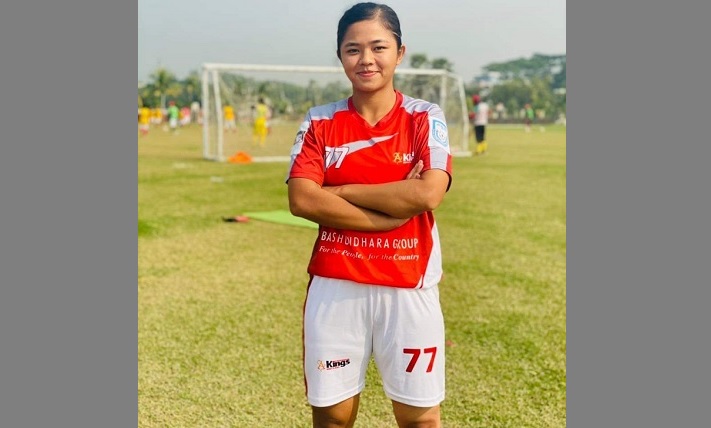 Kings will complete the players’ registration on the last day of the window today (Saturday) at the Bangladesh Football Federation house in Motijheel.

“We will retain some 15 or 16 players from our previous squad. Also, we will add some new faces after releasing seven or eight members. Matsushima Sumaiya is one of them; she will play for us,” Nipu said.

Kings have included Sumaiya in their women’s team and have been keeping her under observation since October last year.

The 20-year-old Sumaiya was born in Japan with her mother’s surname ‘Matsushima’. Her mother Matsushima Tamomi is Japanese and her father Masudur Rahman is Bangladeshi.

Sumaiya, who came to Bangladesh at the age of two, has been studying at A-level in Sea Breeze International School.

She formed a football team in her school and led it in the ‘Inter-English Medium School Festival’ held in 2018. Under her leadership, the team emerged as champions there. Sumaiya became the best player, top scorer, and best defender of that competition.