Sunamganj incident is part of conspiracy against country: Hasan 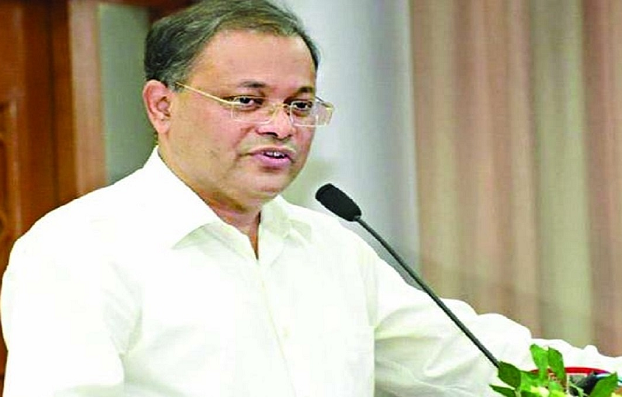 Awami League joint general secretary and Information and Broadcasting Minister Dr Hasan Mahmud said the incident of Shalla in Sunamganj is part of conspiracy against the country.

“The attack on minorities in Shalla of Sunamganj is part of conspiracy against the country. BNP should stay away from the path of anti-national politics,” he said while addressing a memorial meeting organised by the Zillur Rahman Parishad at the National Press Club in the capital on the occasion of the eighth death anniversary of former President Zillur Rahman.

He said a new conspiracy has started at a time when the country is moving forward towards development and the whole world is praising Bangladesh.

The conspiracy is being fuelled when different heads of state are visiting the country to discuss about Bangladesh’s progress on the occasion of the Mujib Year and the golden jubilee of independence, he added.

“They (BNP) have chosen the path of conspiracy after failing to confront the people-friendly Prime Minister Sheikh Hasina politically, said Hasan.

BNP secretary general Mirza Fakhrul talked about many things in his hurried statement on the Sunamganj incident, he said, adding that Fakhrul should look into the past. After the 2001 election, the villages in different parts of the country including Kotalipara, Agailjhara, Sirajganj and Bhola were besieged, and the minorities were tortured so badly that led to opening up of ‘Langar-khana’ at the 23 Bangabandhu Avenue office, he said.

He said the members of the minority community support the Awami League (AL) for its non-communal spirit and this reality bothers BNP.

“We think our first identity is Bengali then we are Hindu, Muslim, Buddhist and Christian,” he said.

Recalling the late President Zillur Rahman with deep respect, the Information and Broadcasting Minister said that Zillur Rahman is the symbol of politeness and good behavior.

“He (Zillur) was a councilor in the first council of Bangladesh Awami League. Since then, he worked for AL with firm conviction,” he said.

He said being trustworthy to Bangabandhu, Zillur Rahman was given the responsibility of the general secretary of the party by Bangabandhu, even after the formation of Bangladesh Krishak Sramik Awami League (BAKSHAL).

His role was unique in keeping the party united under the leadership of Sheikh Hasina, daughter of Bangabandhu, the minister continued.