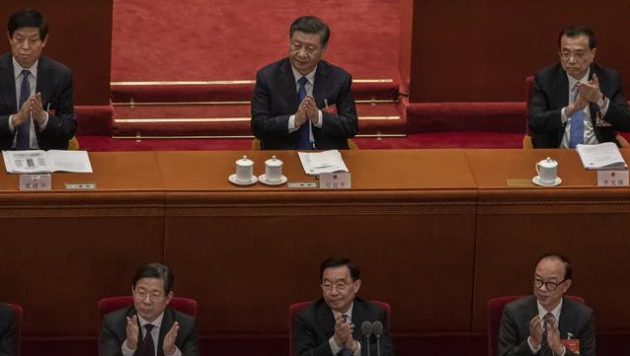 European nations are sending warships into the Pacific as suspicion grows over Beijing’s motives for building the world’s largest navy.

At this week’s Two Sessions national assembly of the Chinese Communist Party, Chairman Xi Jinping reasserted his desire to built a world-beating fleet.

Which may be a response to Europe suddenly reviving its interest in the Indo-Pacific.

It quotes China Institute of International Studies director Cui Hongjian as saying: “They want to impose clout on China not only through economic and diplomatic means but also with something ‘visible’, such as warships, to remind Beijing that ‘we can exert security influence around you’.”

“The task of building a powerful navy has never been as urgent as it is today,” Chairman Xi said while reviewing a large portion of his fleet in 2018.

It was big then. It’s much bigger now.

“Xi realises that there is a big gap between the PLA and the US military,” Ni told the South China Morning Post.

“That gap might widen further if Washington reinforces its scientific and technological bans on the defence industry. The most effective way is to use China’s top-down political system to mobilise all resources across sectors to accelerate military modernisation.”

But that gap has, in actuality, all but closed.

The United States is struggling to field 300.