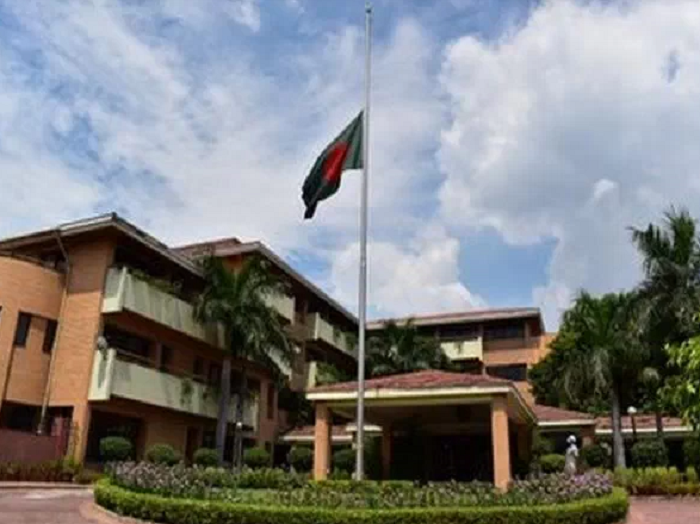 The day's program began with the hoisting of the national flag by Bangladesh High Commissioner to India Muhammad Imran on chancery premises, reported Dhaka Tribune.

After the flag hoisting, Imran and other members of the mission placed a wreath on the portrait of Bangabandhu at the Chancery building.

Imran during the meeting said that Bangabandhu's illustrious life was cut short by his assassination in 1975, but his legacy and ideals will inspire the Bengali nation forever, reported Dhaka Tribune.

He also commended his daughter Sheikh Hasina for working with the aim of building 'Sonar Bangla'.

"Our children should learn more about the Father of the Nation, the greatest Bangali of all time, so they can provide future leadership in transforming our country into Sonar Bangla dreamt by him [Bangabandhu]," he said.

A special prayer was offered seeking blessings for Bangabandhu and those brutally killed on August 15, 1975, Dhaka Tribune reported. An art and essay competition and a cultural program were organised by the high commission later.

"My heartfelt homage to Bangabandhu Sheikh Mujibur Rahman, a champion of human rights and freedom, on his birth anniversary. He is a hero for all Indians too. It will be my honour to visit Bangladesh later this month for the historic MujibBorsho celebrations," the Prime Minister tweeted.

PM Modi is scheduled to visit Dhaka on March 26 to attend celebrations of the golden jubilee of Bangladesh's independence and the birth centenary of Bangabandhu Sheikh Mujibur Rahman.

Rahman was the first President and later the Prime Minister of Bangladesh.