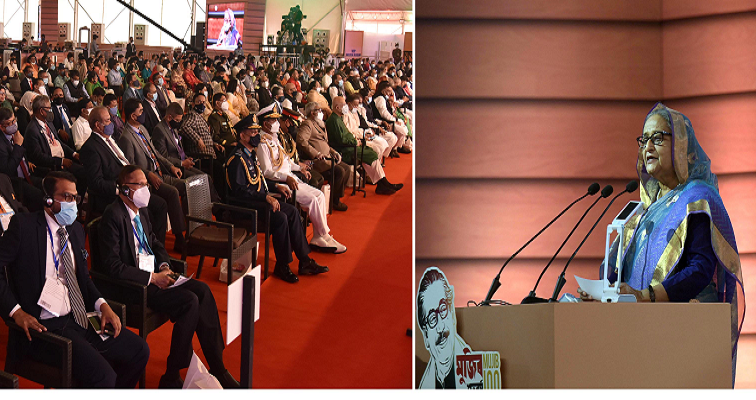 Nation will celebrate the fourth day of the ten-day programme of the Birth Centenary of Father of the Nation Bangabandhu Sheikh Mujibur Rahman and golden jubilee of the Independence with the theme ‘Tarunner Alokshikha’.

Television channels, including the state-run BTV, alongside their streaming online and social media will telecast the programme live from the National Parade Square in the city, said a press release.

State Minister for Information and Communication Technology Zunaid Ahmed Palak will deliver the welcome speech and moderate the function. Professor Dr Muhammad Jafor Iqbal will take part in a discussion on the theme.

At the cultural function, a recorded cultural function of friendly country Japan will be played. The function will be completed with the video animation on ‘Mujib Chirantan’, animation based on the theme, performing Bangbandhu’s favourate song, thematic choreography and a chorus song by two generations of artistes.