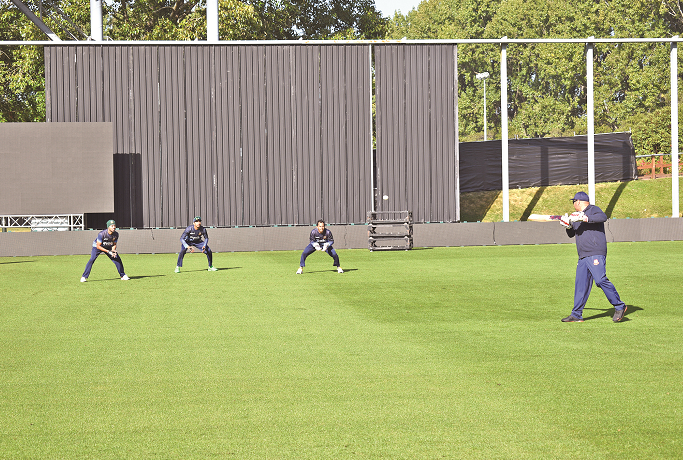 Bangladesh will take on New Zealand on Saturday at Dunedin in the first of the three-match ODI series, their first tour during the pandemic.

The match will start at 4am (Bangladesh time) and will be telecast live by state-run Bangladesh Television (BTV) and private satellite channels T-Sports, Gazi Satellite Television (GTV) along with rabbitholebd.com and designated mobile platforms.

Ahead of the series, Bangladesh captain Tamim Iqbal insisted that they are eager to end their winless drought in New Zealand. Till date, Bangladesh played 13 ODIs in New Zealand against the hosts and lost all of them.

“We don’t have a great record in New Zealand. It’s a great opportunity for us to change things around. I’m excited about some young cricketers in the team. I’m looking forward to starting well tomorrow,” Tamim said in the last media interaction before the series commences.

Tamim didn’t hide his excitement about the new-look pace-bowling attack of the Tigers consisting of both experienced and young guys— Rubel Hossain, Taskin Ahmed, Mustafizur Rahman, Al Amin Hossain along with Hasan Mahmud and Shoriful Islam.

Bangladesh team management will have a tough time picking among the pacers for the first match. Mustafizur and Rubel have been regular faces in the ODI set-up for a few years now. But the inclusion of Taskin and Al Amin is already threatening their fate while Hasan and Shoriful had also drawn the attention of many with their raw pace during their age-level cricket.

Both or any one from Hasan and Shorfiul might be a surprise inclusion in Bangladesh XI. The team management might consider giving the youngsters a chance in the pace-bowling condition of New Zealand. In that case, Taskin and Al Amin or either of them might be overlooked.

The hosts are going to miss the service of the regular captain Kane Williamson and the veteran middle-order batsman Ross Taylor. Both of them were ruled out from the first ODI due to injuries. Bangladesh must try to exploit this chance and register their first win in New Zealand.

In the absence of Kane, Tom Latham will lead the home side and he is set to appear for the one-hundredth time for the Blackcaps in ODIs. Bangladesh captain Tamim has congratulated him, and Latham is also excited about it.

“It’s very exciting. To play one game is pretty cool, but to play one hundred, and then have the captaincy is pretty cool. I’m certainly very proud to have played that many games and lead the side. It’s a great group to lead. I’ve done a little bit (captaincy) in the past, but certainly, it certainly makes my job reasonably easier with the amount of experience we’ve got,” Latham told the media before the series.

Latham led New Zealand in 10 ODIs and two Tests before.

He said: “The pride is massive. It’s an honour to be able to captain New Zealand. It’s something that you dream of doing, and to be given the opportunity again is really nice. Hopefully, we can start the series well.”