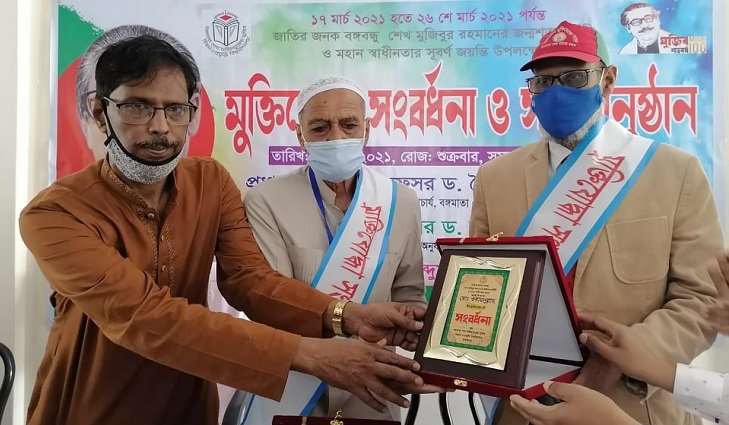 Bangamata Sheikh Fojilatunnesa Mujib Science & Technology University (BSFMSTU) has honoured five heroic freedom fighters of the 1971 Liberation War, one of whom is the 'Beerpratik'.

The freedom fighters were presented crests and uttorios, a type of celebratory scarf, by Vice Chancellor Professor Dr Syed Samsuddin Ahmed through a programme in the university auditorium on Friday, a press release said.

Professor Dr Syed Samsuddin Ahmed as chief guest said independence was attained through great sacrifices and today’s generation should not take it for granted. The best way to show respect and gratitude to those sacrifices is for all to do their job with integrity, he added.

Vice-chancellor said BSFMSTU retains a tradition celebrating national days with great honour to inspire students to be imbued with patriotism.

On the other hand, the heroic freedom fighters gave commemorative speeches and narrated the history of the days in the liberation war in 1971.

Professor Dr. Sushanta Kumar Bhattacharya, dean of science faculty as a special guest while the program was presided over by chairman and assistant professor of fisheries department Dr Abdus Satter.