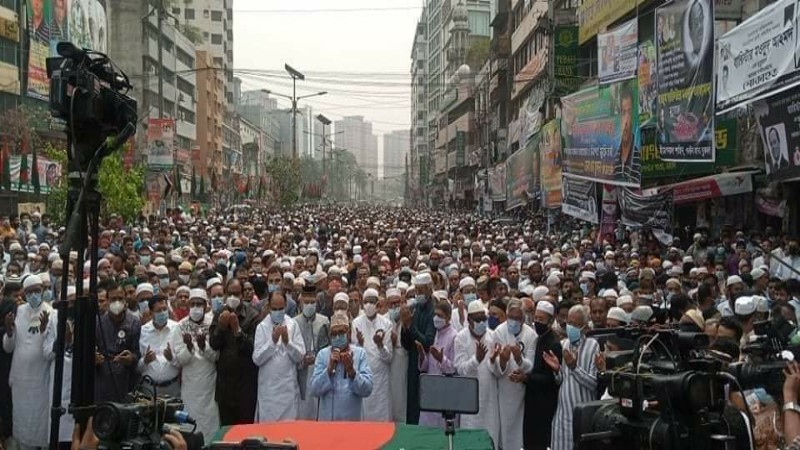 The third namaz-e-janaza of BNP standing committee member and eminent lawyer Moudud Ahmed has been held.

The janaza took place in front of BNP's Nayapaltan central office at 11:00am on Friday.

BNP standing committee members, other central leaders and a large number of leaders and activists of BNP and its front organisations took part in the janaza.

The 2nd namaj-e-janaza of Moudud was held on the Supreme Court premises at 10:25am.

Earlier, the body of Moudud Ahmed was taken to the Central Shaheed Minar at 9:00am where people from all walks of life paid their homage to him.

A flight of Biman Bangladesh Airlines carrying the body of the veteran politician landed at Hazrat Shahjalal International Airport on Thursday evening.