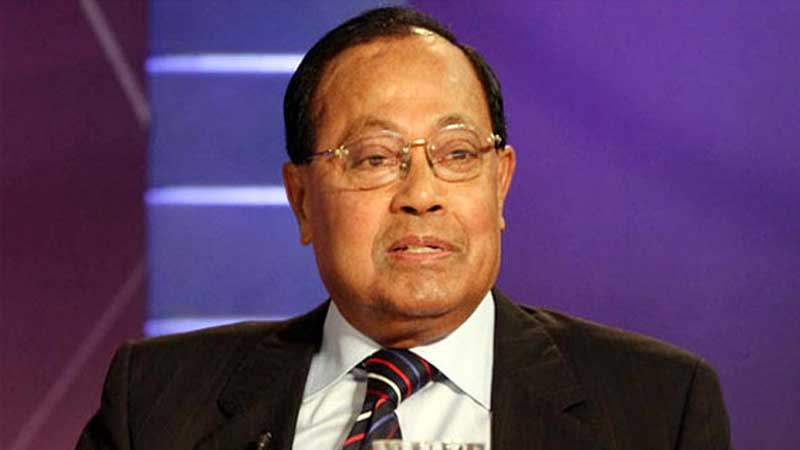 The body of BNP standing committee member and eminent lawyer Moudud Ahmed was taken to the Central Shaheed Minar on Friday morning.

People from all walks of life paid their homage to him there.

Later, his remains will be taken to the High Court premises where his second namaz-e-janaza will be held at 10:30am.

The third janaza will be held in front of BNP's Naya Paltan Central Office after party leaders and activists pay homage to the deceased at 11am.

Earlier, a flight of Biman Bangladesh Airlines carrying the body of the veteran politician landed at Hazrat Shahjalal International Airport on Thursday evening.