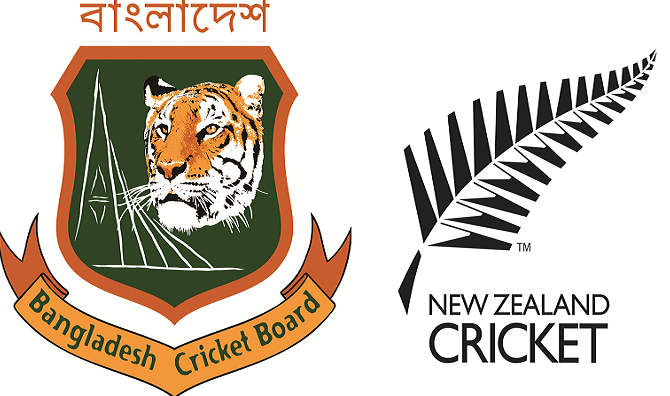 Bangladesh will be looking to break their duck in the absence of two New Zealand veterans - Kane Williamson and Ross Taylor as they take on the hosts in the first of three-match ODI series scheduled at the University Oval in Dunedin on Saturday.

The match is scheduled to start at 04:00am and will be telecast live on T Sports.

Tigers, who have played nine Tests, 13 ODIs and four Twenty20 internationals so far against New Zealand at their own backyard, are yet to register a win over the hosts despite touring the nation quite a few times.
Bangladesh have the opportunity to change the scenario this time around and they will get six limited-overs matches to notch their first win over the southwestern Pacific Ocean country.

The absence of Williamson in the whole ODI series and Taylor in the first ODI, first in more than six years may give Tigers some mental relief before taking on the hosts although Bangladesh head coach Russell Domingo believed that his charges have their own potential to beat the Kiwis in their favourite format of the game.

“It is a bit of a boost for us not having them there in the first game in particular. But we know that new players are always keen to establish themselves so they will be highly motivated to do well,” said Domingo on Thursday.

“It is a great opportunity for us to do something that no Bangladeshi side has done before. We are all excited about it.

“It is my first tour to New Zealand with Bangladesh. I have been here previously with South Africa. I know it’s a tough place to tour but it is a great opportunity for some of these younger players.

“There’s a World Cup three years away and New Zealand is one of the top sides in the world. If you want to be serious contenders for an event like that in India, you have to put in big performances in a series like this,” he added.

Domingo expressed his satisfaction with the overall preparation of his side for the series and was hopeful to see a run-fest contest in Dunedin.

“We had a couple of individual sessions in Christchurch, we spent a good week in Queenstown. The preparation has been spot-on. The guys have been fantastic,” he said.

“I think the boundary is pretty short in some sides, 65 metres. We are expecting some good runs. Difficult to say with an 11:00am start (local time). Quite a bit of moisture this morning. It will be interesting to see what happens in the first hour,” he added.

New Zealand head coach Gary Stead, however, saw a silver lining from their two veterans’ injuries as he believed it has opened opportunities for other cricketers to step in.

Two top-order batsmen - Devon Conway and Will Young are likely to get debutant’s caps on Saturday to fill in the vacant posts.

“It's tough when you look at Kane and Ross and you think about the experience that those guys have for us over a long, long period of time,” Stead said.

“But the opportunity for Devon (Conway) and Will (Young) to come in those positions as well is really exciting for them and they're both fine players. We're really looking forward to the opportunity that those guys get,” he added.