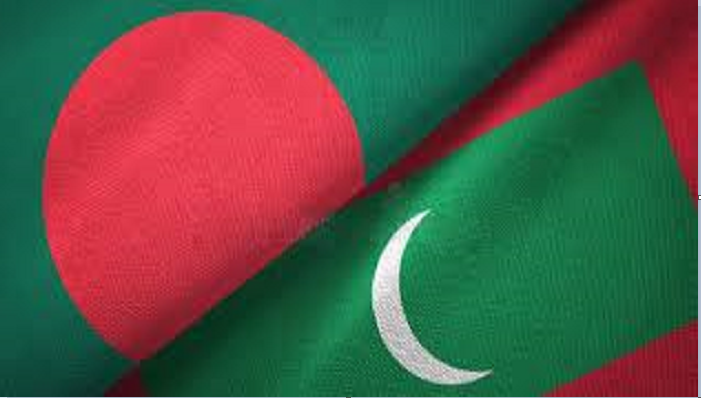 Bangladesh and Maldives today agreed to establish a direct commercial shipping link between Malé and three sea ports of Bangladesh through signing a Shipping Agreement.

The two countries also agreed to expedite the finalization of the proposed Agreement on Customs Cooperation and the signing of the Agreement on Avoidance of Double Taxation.

“The two leaders (Hasina and Solih) (during the meeting), particularly stressed the need for harnessing bilateral trade potential to its fullest extent,” he said at the briefing held at Hotel Intercontinental this afternoon.

In this regard, Momen said, Bangladesh expressed its keenness to enter into a Preferential Trade Agreement (PTA) with Maldives like the country did with Bhutan earlier.

Bangladesh and the Maldives today signed four Memorandum of Understandings (MoUs) to boost cooperation between the two countries in different areas including fisheries and cultural affairs.

The MoUs were signed at the Prime Minister’s Office in the capital in
presence of Bangladesh premier Sheikh Hasina and Maldivian President Ibrahim
Mohamed Solih after the talk of the two leaders.

The foreign minister said, during the today’s talk, Bangladesh premier and Maldivian president reviewed the entire gamut of the relations and agreed to expand mutual cooperation in multiple prospective areas.

The foreign minister said Bangladesh Prime Minister appreciated Maldivian president’s declaration that all expatriates in Maldives would be vaccinated free of cost.

On climate change issue, the two leaders agreed to closely work together in various multilateral platforms, including in the UN and the Climate Vulnerable Forum (CVF).

Maldivian foreign minister said Maldives will continue to engage with Bangladesh government and other countries to ensure accountability of the atrocity that committed on the Rohingya people .

He said Maldives and Bangladesh expressed their commitment to work together for peace security and prosperity in the region and Indian Ocean.

The Maldivian foreign minister said his country will ensure wellbeing of Bangladeshi expatriate workers in its islands.

“President Solih thanked Prime Minister Sheikh Hasina for mobilizing support to the Maldives during the pandemic, including for the deployment of an 18-member medical team to assist vaccination drive in the Maldives” he said.