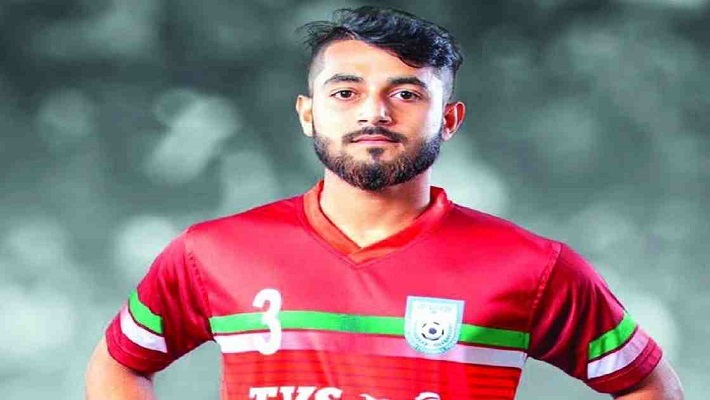 Bangladesh football star Rahmat Mia tested positive for Covid-19 on Thursday and he missed a flight to Nepal where the Bangladesh national football team is flying to play a three-team tournament.

Bangladesh Football Federation on Thursday informed that Rahman tested positive while winger Rakib Hossain returned negative in his second Covid-19 test, and thus, he flew for Nepal with the team.

Rahmat might join the team later next week if he returns negative in a second test early next week.

Bangladesh’s captain Jamal Bhuiyan is also to join the team as his i-League team Kolkata Mohammedan released him to play his national team role. He will now return to Bangladesh in the next available flight to Dhaka from Kolkata. After that, he will fly for Nepal.

In Nepal, Bangladesh will play a three-team tournament involving the hosts Nepal and Kyrgyzstan U-23. The tournament will commence on March 23 and continue till March 29.