Protect our ocean 'to solve challenges of century' 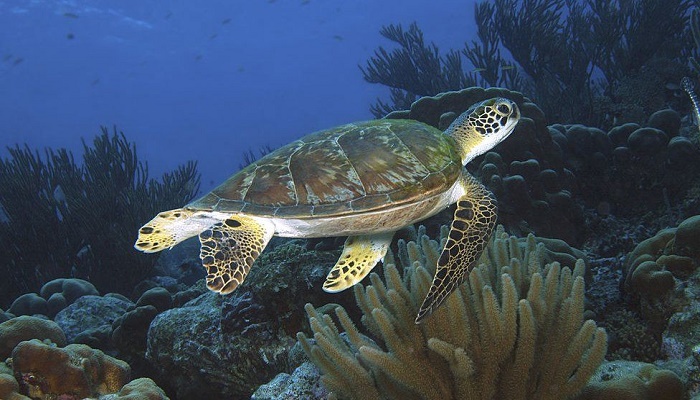 Protecting the ocean has a triple whammy effect, safeguarding climate, food and biodiversity, according to new research.

A global map compiled by international scientists pinpoints priority places for action to maximise benefits for people and nature.

Currently, only 7% of the ocean is protected.

A pledge to protect at least 30% by 2030 is gathering momentum ahead of this year's key UN biodiversity summit.

The study, published in the scientific journal Nature, sets a framework for prioritising areas of the ocean for protection.

The ocean covers 70% of the Earth, yet its importance for solving the challenges of our time has been overlooked, said study researcher Prof Boris Worm of Dalhousie University in Halifax, Nova Scotia.

"The benefits are clear," he said. "If we want to solve the three most pressing challenges of our century - biodiversity loss, climate change and food shortages - we must protect our ocean."

What did the study look at?

The ocean supports a unique web of life and harbours valuable food resources, while acting as a sink for greenhouse gases.

The researchers developed an algorithm to identify where in the world ocean protections such as marine protected areas and responsible fisheries management could deliver the greatest benefits across three goals of biodiversity protection, seafood production and climate mitigation.

Locations were mapped to create a "blueprint" that governments can use in planning and implementing commitments to protect the ocean from overfishing and habitat destruction.

Rather than a single map for ocean conservation, the researchers created a framework for countries to decide which areas to protect depending on their national priorities.

How much ocean needs protection?

The analysis suggests that 30% is the minimum amount of ocean that the world must protect in order to provide multiple benefits to humanity.

This fits with a pledge to protect 30% of world and land by 2030, to which a growing number of countries have signed up, including the US, UK, Canada and the European Commission.

Many of the priority places identified in the research fall under the jurisdiction of countries that can enact proactive and sustainable ocean policies, Jennifer McGowan of the Center for Biodiversity and Global Change, Yale University and The Nature Conservancy, said.

"Often times we think about protection as just being about saving the whales, but the oceans provide so much more to us - they are providing food for the planet, providing refuges for species under climate change, it's a huge carbon sink that really matters to our climate," she told BBC News.

"What this research is suggesting is that with one of our strongest mechanisms, which is ocean protection, we can help deliver good outcomes for all of those things."

Priority areas for protection for biodiversity include the Antarctic Peninsula, the Mid-Atlantic Ridge, the Mascarene Plateau and the Southwest Indian Ridge.

What does the ocean do for the climate?

The study revealed for the first time figures on the amount of carbon released into the ocean through trawling of the ocean floor.

This fishing method, which drags heavy nets across the ocean floor, is pumping one gigatonne of carbon emissions into the ocean every year, equivalent to all emissions from global aviation, the scientists said.

If we're to succeed in stopping global warming, we must leave the carbon-rich seabed undisturbed, said Dr Trisha Atwood of Utah State University.

"Our findings about the climate impacts of bottom trawling will make the activities on the ocean's seabed hard to ignore in climate plans going forward," she added.

The study found that eliminating 90% of the present risk of greenhouse gas release due to bottom trawling would require protecting only about 4% of the ocean, mostly within national waters.

The study is funded by the National Geographic Society and the Leonardo DiCaprio Foundation.