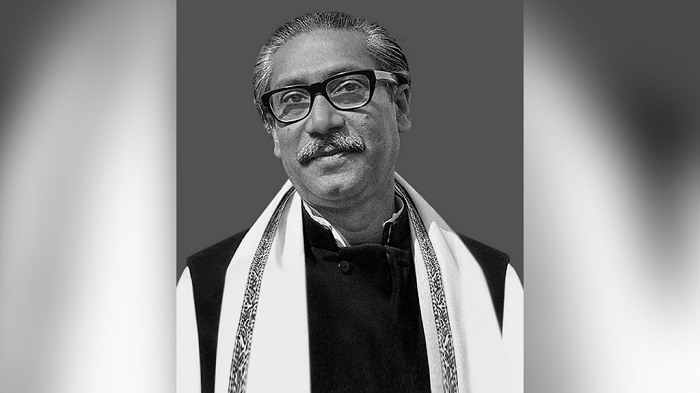 The nation on Wednesday observed the 101st birth anniversary of Father of the Nation Bangabandhu Sheikh Mujibur Rahman with a vow to materialize his dream of building a developed and prosperous nation free from hunger and poverty.

On March 17, 1920, Bangabandhu, the architect of independent Bangladesh and the greatest Bangalee of all times, was born in a respected family at Tungipara village in Gopalganj.

Marking the day, his life-long struggle for the creation of Bangladesh was recalled across the country through various programmes.

A 10-day special programme also began at the National Parade Ground in the capital, marking the golden jubilee of the country’s independence and the birth centenary of Bangabandhu, a towering figure.

The first day of 10-day special programmes to celebrate Bangabandhu’s birth anniversary was observed with the theme ‘Vengechho Duar Esechho Jotirmoy’ organized by the National Implementation Committee for Father of the Nation Bangabandhu Sheikh Mujibur Rahman’s Birth Centenary at the National Parade Square at 4.30 pm.

Marking the day, President Abdul Hamid and Prime Minister Sheikh Hasina paid homage by placing wreaths at the portrait of Bangabandhu in front of the Bangabandhu Memorial Museum at Dhanmondi 32 in the capital.

State guest Maldives President Ibrahim Mohamed Solih along with his wife also paid rich tributes to Father of the Nation at Dhanmondi 32.

National dailies published special supplements while Bangabandhu’s historic March 7 speech was played and documentaries on Bangabandhu’s life and works and War of Liberation were screened throughout the week at upazila levels.

Bangladesh Betar, Bangladesh Television and other private TV channels and radios broadcasted special programmes highlighting the significance of the day.

As per the programmes, the national and party flags were hoisted atop all AL offices across the country including Bangabandhu Bhaban and AL’s Bangabandhu Avenue central office and placing wreaths at Bangabandhu’s portrait.

A delegation of the AL paid homage to Bangabandhu by placing wreaths at his mausoleum at Tungipara in Gopalganj and joined a doa mahfil there.

Doa mahfil (special prayers) was arranged at the mosques across the country including Baitul Mukarram National Mosque after Johr prayers.

Christian community members arranged special prayers at Tejgaon Church at 8:00 am and Mirpur Baptist Church at 9:00 am.

Marking the day, AL will arrange a discussion at the party’s central office at Bangabandhu Avenue at 11:00 am on March 21. Awami League President and Prime Minister Sheikh Hasina will chair the discussion through videoconferencing from her official Ganabhaban residence.

Besides, the National Children’s Day-2021 was also observed in a befitting manner with the theme titled “Bangabandhur Janmadin, Shishur Ridoy Hok Rangin”.

Marking the day, Prime Minister Sheikh Hasina virtually joined the programme from her official Ganabhaban residence in the morning.

Discussion, drawing and essay competitions, cultural functions are being held at district and upazila levels and different educational institutions.

National dailies will also publish special supplements on the occasion.