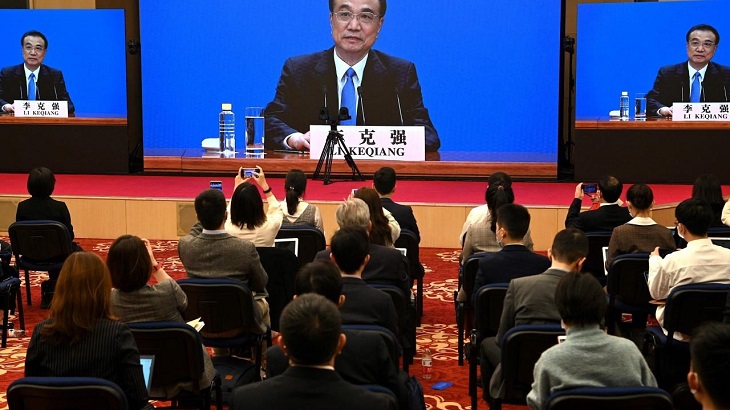 Chinese Premier Li Keqiang has said that China achieved major strategic success in the response to the COVID-19 and was the world’s only major economy to achieve growth.

China also attained a complete victory in the fight against poverty and scored decisive achievements in securing a full victory in building a moderately prosperous society in all respects, he said in his report placed at the Fourth Session of the 13th National People’s Congress of China on March 5.

The Chinese Premier said development goals and tasks for the year were accomplished, and major headway has been made in reform, opening-up, and socialist modernization drive. China formulated and implemented macro policies to meet the urgent needs of market entities and kept the fundamentals of the economy stable.

Li said China reduced the burden on market entities by more than 2.6 trillion yuan for the year, including 1.7 trillion yuan in social insurance premium cuts and exemptions. Gross domestic product (GDP) for the year grew by 2.3 percent.

A total of 11.86 million urban jobs were added, and the year-end surveyed urban unemployment rate dropped to 5.2 percent. The consumer price index (CPI) posted a 2.5 percent growth. China expanded the coverage of unemployment insurance schemes and extended timely assistance to those who were hit particularly hard by the COVID-19, said a press release of the Chinese Embassy in Dhaka on Wednesday.

All remaining poor rural residents, totaling 5.51 million in early 2020, were lifted from poverty, as were all of China’s remaining 52 poor counties. China continued to advance reform and opening-up and further boosted the vitality and momentum of development.

China vigorously promoted innovation in science and technology and accelerate industrial transformation and upgrading. China advanced new urbanization and rural revitalization and improved the layout of urban-rural development and development among regions.

China stepped up law-based administration, promoted social advancement, and safeguarded social harmony and stability. China was successful in pursuing its major-country diplomacy, and upheld multilateralism and endeavored to build a human community with a shared future.

China supported global cooperation on combating the COVID-19 and called for building a global health community. It thus made important contributions to advancing global peace and development.