US official warns Congress on troop withdrawal from Afghanistan 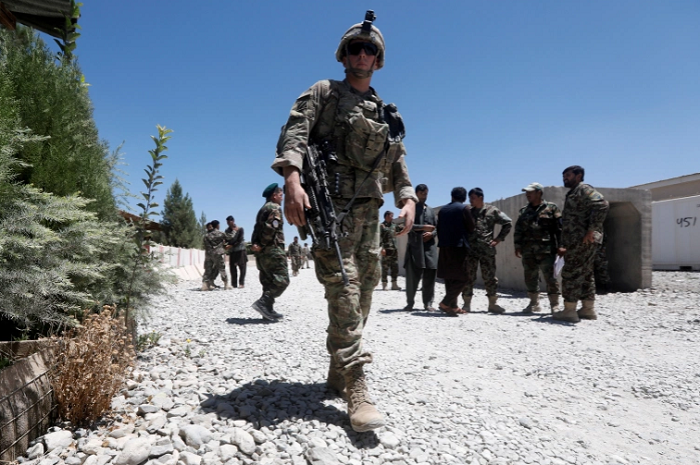 A top United States official working on Afghanistan has warned Congress that a withdrawal of US troops from the country without a peace agreement between the Afghan government and the Taliban would be “a disaster”.

John Sopko, the US Department of Defense’s special inspector for Afghanistan reconstruction, told a House of Representatives committee on Tuesday that without US military and financial support, the Afghan government in Kabul could face collapse.

“The Afghan government would probably lose the capability of flying any of its aircraft within a few months and, to be quite blunt, would probably face collapse,” he said.

His warning comes days before another round of peace talks is set to take place between the Taliban and the government of Afghan President Ashraf Ghani – and only weeks before a May 1 deadline for the withdrawal of US troops from the country.

The US’s special envoy for Afghanistan Zalmay Khalilzad will attend the conference in Moscow on March 18, while the Taliban said it plans to send a 10-person, high-level delegation led by chief negotiator Mullah Baradar Akhund.

Under a February 2020 deal reached between the Taliban and the administration of former US President Donald Trump, all foreign troops are set to be withdrawn from the country by May 1.
There are currently about 3,500 US troops and 10,000 NATO troops in Afghanistan.

“Because of the pre-existing agreement between the Trump administration and the Taliban, [the Biden administration has] to decide whether they pull the plug on May 1,” Representative Stephen Lynch, a Democrat, said during Tuesday’s hearing.

“Tell me what to expect if the administration indeed pulls the remaining troops out,” Lynch asked Sopko.

Sopko said the Taliban has attacked Afghan soldiers and police in regions of the country the group wants to control, in order to gain leverage in ongoing negotiations with the Afghan government. “That will continue,” he said.

At the same time, corruption within the Afghan government remains a huge problem and serves to strengthen Taliban claims to political legitimacy, the inspector general said.
US Secretary of State Antony Blinken has outlined plans for talks between Afghan parties and the Taliban on a transitional government.