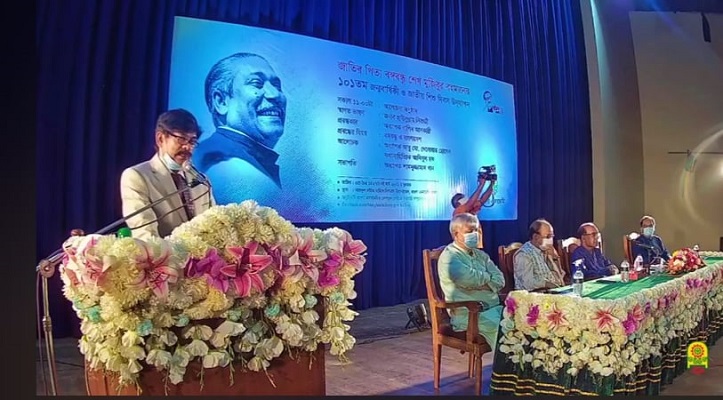 Dr Rashid Askari, former vice-chancellor and incumbent English department Professor of Islamic University, delivered key-note speech on Bangabandhu and Bangladesh in a programme in the capital on Wednesday.

Bangla Academy organised a discussion programme on the occasion of Bangabandhu's hundredth and one birth anniversary at Abdul Karim Sahitya Bisharad Auditorium in Dhaka around 11:00am.

Addressing the programme, Dr Rashid Askari discussed various aspects of Bangabandhu's political life starting from the language movement of 1952 down to Liberation War 1971.  He said that Bangabandhu Sheikh Mujibur Rahman was not only the paramount leader of 75 million people of that time. He is now hailed as a leader of international stature. Bangabandhu will keep inspiring the freedom loving millions of the world.