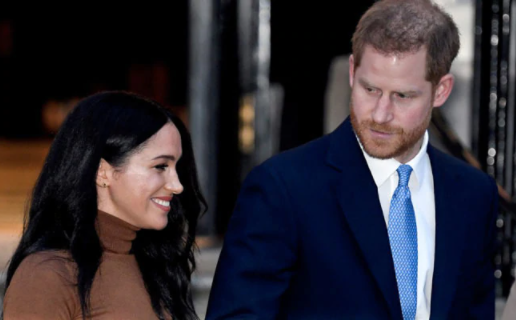 A fundraiser set up to pay off Prince Harry and Meghan's $14.6 million California estate has been shut down after raising just $110. Anastasia Hanson set up the GoFundMe page two days after the couple's explosive interview with Oprah Winfrey aired in the US, reports Daily Mail.

The 56-year-old from California wanted strangers to donate cash to help the Sussexes, insisting that she did not start the fundraiser as a joke.

During the interview, Prince Harry said that his family had cut him off financially and that he had been relying on the inheritance left to him by his mother, the late Princess Diana.

Ms Hanson said she started the fundraising effort because she felt sorry for the couple.

Her GoFundMe page, which has now been removed, stated that she wanted 2 million of Harry and Meghan's fans to donate $5 each so they could reach their ambitious goal of $10 million.

The page had read, "I am Anastasia Hanson of Ventura, California and I am raising funds to pay off the mortgage for the Montecito, California home of Harry and Meghan.

"After their interview, I was moved with compassion to help get their home paid off. As they are now financially independent, this will help and be a loving gift."

An archived web copy of the fundraiser shows that it raised $110 from three people - of which $5 was donated by Ms Hanson herself.

"I like to help people and help them in any way I can," she told The Sun. "That gives me happiness. If you needed a home, I'd do the same for you. It's a good deed."

Ms Hanson said she was aware that Harry and Meghan have signed multi-million dollar deals with Netflix and Spotify.