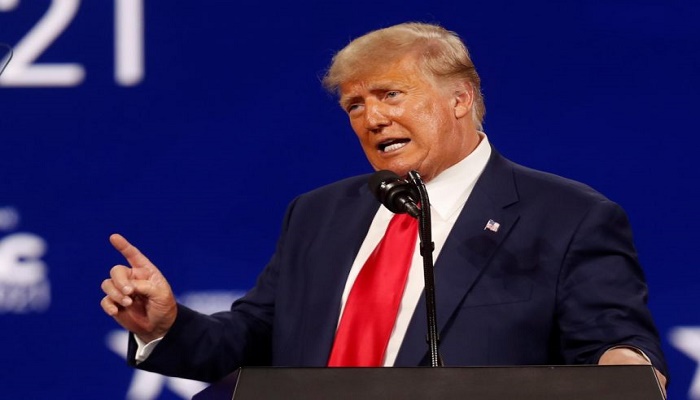 Former US president Donald Trump on Tuesday (March 16) encouraged his Republican supporters - one of the main groups resistant to Covid-19 vaccines - to get their shots.

"I would recommend it," Trump said during an interview on Fox News.

"I would recommend it to a lot of people that don't want to get it and a lot of those people voted for me, frankly," he said.

"It's a great vaccine, it's a safe vaccine and it's something that works." This was Trump's most explicit endorsement for the national mass vaccination campaign since he left office in January.

But Trump has largely been silent while the man who defeated him, President Joe Biden, masterminds the vaccine roll-out.

Polls show that Republican men, who are overwhelmingly supporters of Trump and his "Make America Great Again" or Maga platform, are the leading vaccine sceptics.

Meanwhile, Trump remained non-committal about seeking to recapture the presidency following his one term in office.

"Based on every poll, they want me to run again," he said. "But we're going to take a look and we'll see."