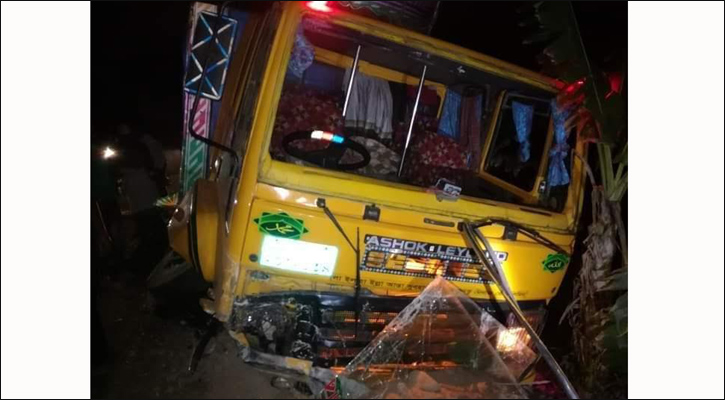 Two people, including a chairman candidate of upcoming union parishad election, were killed and another was injured in a head-on collision between a truck and a private car in Amtali upazila of Barguna on Tuesday night.

The deceased were identified as Tawfiq Sikder, 40, independent chairman candidate in Nazirpur union under Muladi upazila of Barishal, and Tuhin Mridha, 35, joint convener of Kalapara upazila unit of Sechchasebak League.

The Patuakhali-bound car collided with the truck coming from the other direction, leaving two passengers of the car dead on the spot and one other severely injured, said Md Shah Alam, officer-in-charge of Amtali Police Station.

On information, police recovered the bodies of the deceased and sent those to Barguna General Hospital for autopsies, the OC said.

The driver and helper of the truck managed to flee from the scene after the accident, OC Shah Alam added.