A Birth that Altered History 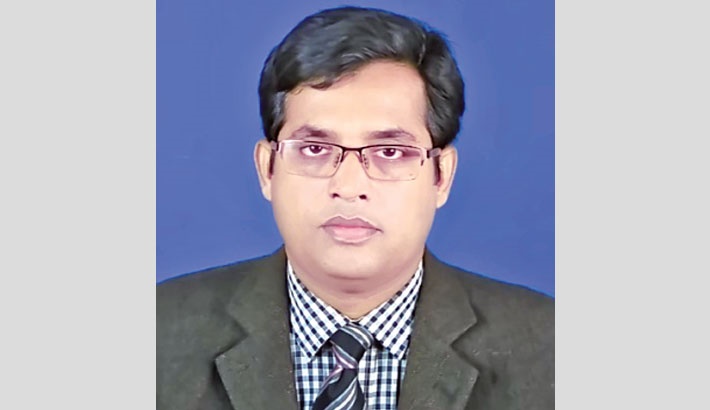 March 17, 2020, carries immense significance in Bangladesh history as the Father of the Nation Bangabandhu Sheikh Mujibur Rahman was born in a distinguished Muslim family in the village Tungipara in Gopalganj on this day. We all should recognise the importance of his birth as one of the greatest moments in light of Bangladesh's struggle for state-building. Genuinely, Bangladesh's advent on the world map would have been deferred for years if Bangabandhu had not been born. Our country's citizens should remain incredibly grateful to him and recognise his contribution as long as Bangladesh would continue to exist. The independence of Bangladesh from Pakistan became a reality with his thoughtful and pragmatic leadership. Thus, it would not be possible to separate Bangabandhu from Bangladesh since he has become an inextricable part of our history.

One might ask how Bangabandhu was turned from ‘Khoka’ of Tungipara into ‘Father of the Nation’. The title ‘Father of the Nation’ is only bestowed on someone when his involvement in the fight for state creation is considered an exception. The role of these leaders at the birth of their country is viewed as compelling. Thus, it is not easy to examine Bangabandhu's role in creating Bangladesh because he is unrivalled to others.

Through his glorious leadership, Bangabandhu encouraged the entire nation to risk their lives in the Liberation War. In recognition of his contribution and sacrifice in the war against the Pakistani army and the creation of Bangladesh, the honorific ‘Father of the Nation’ was bestowed on him by the people of the country like other world leaders, including Peter I of Russia, Sun Yat-sen of China, Sir Henry Parkes of Australia, Mahatma Gandhi of India, and Mustafa Kamal of Turkey who too relinquished their life for the independence of their country.

His competent and persuasive leadership directed the war of independence. He was a veritable visionary who stayed involved throughout the entire journey that began in 1952 with the language movement and travelled through the 1962 democracy movement, the 1966 six-point movement, the 1969 mass upsurge and the 1971 Liberation War. He sailed the Nation's boat sacrificing all of his happiness. His devotion enthusiastically influenced millions of Bangladeshis to carry his philosophy at the core of their hearts.

Many political leaders before Bangabandhu may have dreamed about being a resident of an independent state. In the early days of the last century, several politicians may have spoken about an independent nation. However, these leaders could not materialise their dreams by declaring independence and inspiring people to fight for independence. They failed to display an all-inclusive strategy of gaining independence before the East Pakistani people.

Bangabandhu, however, offered a detailed roadmap to freedom through his historic speech of March 7 that encouraged the countrymen to pursue the war of emancipation resolutely. That is why, in any debate on Bangladesh and Bangalees, the name of Bangabandhu emerges first. His name has been integrated into the history of the creation of the country. Considering the significance of Bangabandhu's contribution to the struggle for independence, Lord Fenner Brockway, the pioneer of the British humanist movement, stated that “In a sense, Sheikh Mujib is a greater leader than George Washington, Mahatma Gandhi and De Valera.” Thus, Bangabandhu's contribution made him a global leader.

“The appearance of Sheikh Mujib was the biggest event in the national history of Bangladesh. His burial did not take place through his death. More pragmatic, efficient, capable and dynamic political personalities than Sheikh Mujib might have emerged or may emerge. However, it will be challenging to find someone who has contributed more to Bangladesh's independence movement and the shaping of its national identity." (Translation from the author's writing)

This appreciation by the arch-rival leads one to believe that Bangabandhu sought to maintain the mission of ensuring the Bengalis' wellbeing in all of his life without compromising with others until he could accomplish his ultimate goals. Therefore, Bangladesh's citizens have bestowed the honour of ‘Bangabandhu’ and the ‘Father of the Nation’ to him.

We should thank the AL government led by Sheikh Hasina for its attempts to emphasise Bangabandhu's contribution to various levels of our lives. This will allow our younger generation to understand his contribution to the struggle for our independence. We should also appreciate their decision to declare Bangabandhu's birthday as ‘the National Children's Day’. The fundamental goal of celebrating this is to encourage the country's future generation to pursue his philosophy. If our younger generation benefits from his ideology, they will grow up to represent the nation as decent citizens.

The country's young and progressive compatriots need to gain inspiration from his life-long struggle. If someone reads his ‘The Unfinished Memoirs’ they can feel his fervent love for the people of Bangladesh. He spent most of his life in jail due to his passion for the people of Bangladesh and their independence. Unfortunately, criminals did not allow him to build the ‘Sonar Bangla’ and killed him brutally with most of his family members on August 15, 1975. Still, the country made tremendous progress in the last decade, which becomes possible because of his daughter Sheikh Hasina whose main objective is to realise her Father's dream of establishing a ‘Sonar Bangla’. The way she has been working suggests that the days are not too far when we would say that we are the citizens of a "Sonar Bangla".

Meanwhile, we have gained the UN CDP's recommendation to graduate into a developing country in the year when the countrymen are celebrating the birth centenary of this great leader and the golden jubilee of our independence. The country is expecting to be an upper-middle-income country by 2031 and a developed country by 2041. Such attainments have become true because of the relentless efforts of Sheikh Hasina.

In Bangladesh, Sheikh Mujibur Rahman is an institution. Therefore, we should also not attempt to restrict his grandeur to a particular setting and groups. We have to work hard to maintain our history, which will motivate our future generation, instead of restricting him to a specific frame. His physical passing does not limit us to be motivated by his remembrance.