Celebration of 50 yrs of Independence, birth centenary of Bangabandhu begins 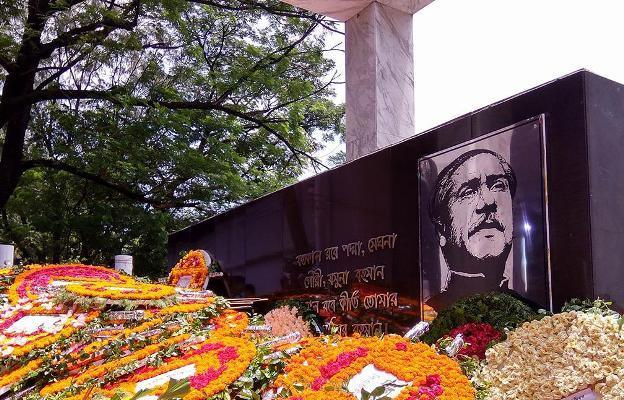 The nation has started to celebrate golden jubilee of Bangladesh’s independence and the birth centenary of Father of the Nation Bangabandhu Sheikh Mujibur Rahman through various programmes Wednesday morning.

The celebration started with 101 gun salutes by the military at National Parade Square in the old airport area of Dhaka.

Local administrations, armed forces and socioeconomic organisations have hoisted national flag. They are taking out rallies and arranging child competition and other programmes.

Educational institutions have chalked out various programmes including hoisting national flag in the morning.

Participation of students in the programmes in schools, colleges and universities are taking part physically and virtually both.

Main programme of 10-day celebration is set to begin at the National Parade Ground in the capital in the afternoon.

The Maldives President will join the inaugural event of the celebrations along with President Md Abdul Hamid. Prime Minister Sheikh Hasina will preside over the opening ceremony.

Dhaka is all set to roll red carpet and welcome the heads of state and government of five South Asian countries who start arriving in Bangladesh today to join the celebrations.