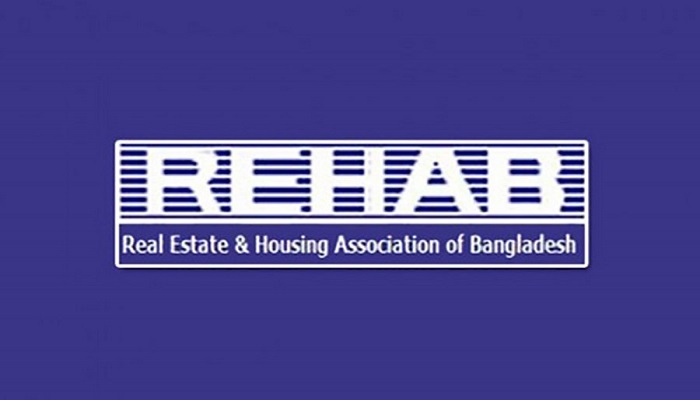 *Seeks continuation of the facility to invest undisclosed money

Real Estate and Housing Association of Bangladesh (REHAB) has proposed to form a Tk 200 billion fund and initiate long-term refinancing facilities at a single-digit interest for the real estate industry.

The sector leaders have also sought a tax cut for flat and land registration to 7 per cent from the existing 12.5 per cent.

To secure more investment in the real estate sector, REHAB leaders have also proposed the government to continue allowing the investment of undisclosed money in the housing sector in the next budget.

The REHAB leaders placed the proposals at a pre-budget discussion on Tuesday organised by the National Board of Revenue (NBR) at its headquarters in the city.

A refinancing scheme is required for the consumers so that they can buy 1500 sqf or smaller flats with long-terms loan at a lower interest, the proposal reads.

“Consumers are losing interest gradually in registering their flat or plots due to the higher registration cost. Owing to the fact, the government is being deprived of huge revenue every year,” REHAB said in the proposal.

Regarding the secondary market, REHAB’s budget proposal said the government should launch a secondary market system in the real estate sector and set the re-registration tax at 3.5 per cent.

REHAB argued that the registration fee for a new flat and a secondary flat cannot be the same.

REHAB President Shamsul Alamin said real estate and its related sectors has been generating revenue of about Tk 700 billion to Tk 1000 billion per year.

“Both the government and stakeholders and people of fixed income group would be benefited if the apartments and plots remain affordable for the people.”

He also urged to re-fix the gain tax at 4 per cent from the existing 15 per cent.

Besides, he suggested sanctioning loans at 6 to 7 per cent interest rate for 30 years to purchase apartments.

Cement manufacturers at a separate pre-budget discussion with NBR have sought tax cut and duty facilities in clinker import in the upcoming budget.

Bangladesh Cement Manufacturers Association (BCMA) in its proposal has demanded to withdraw the existing 3 per cent AIT and 3 per cent supply duty on cement manufacturers.

It also proposed to set the customs duty on clinker at 5 per cent.

Steel manufacturers demand to withdraw AT

Attending NBR’s pre-budget discussion on Tuesday, BSMA president Manwar Hossain said an importer has to pay Tk 1530 for importing one tonne of scrapple due to 4 per cent AT, pushing up the price of rod.

He said that the steel sector is highly capital-intensive, so any additional tax will create an extra burden on the sector.

“The increased VAT and tax will not only affect the infrastructure and housing sectors. It will also hold back the steady growth of the steel sector, disrupt the development of the country and hurt the consumers,” he added.

He demanded to cut VAT on rod retailing at Tk 200 per tonne from the existing Tk 500.

BSMA also proposed to reduce corporate tax to 25 per cent from the existing 32.5 per cent.