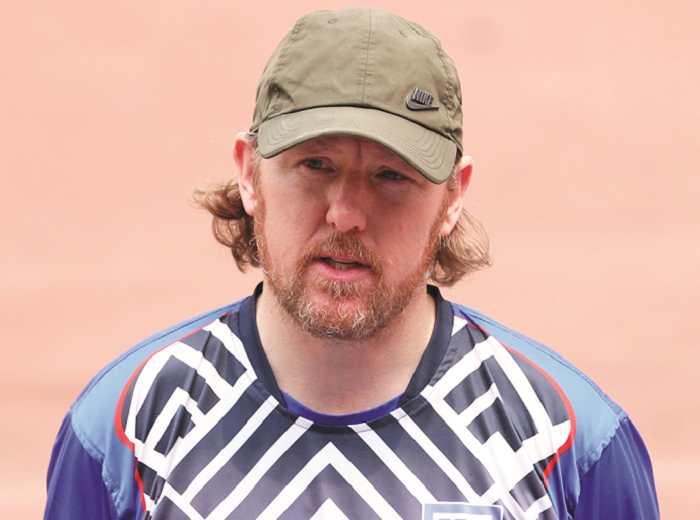 Bangladesh national football team head coach Jamie Day on Tuesday informed that he has a plan to field two different XI in two games of the upcoming Nepal Tri-Nation Tournament.

Bangladesh will play two games against Kyrgyzstan U-23s and the hosts Nepal on March 23 and 27 respectively while the final will be held on March 29, all at the Dasharath Stadium in Kathmandu.

“There will be two different teams in two games. One team will play against Kyrgyzstan and the other against Nepal,” said Jamie.

“Kyrgyzstan U-23 are better than both Bangladesh and Nepal. They are exceptionally at a good level. If we lose the first game, no problem, we will play another team in the second game as I said before,” he added.

BFF National Teams Committee finalised a 36-member team including 25 players and 11 officials on the same day for their Nepal tour.

Jamie hoped that the new players will get a good experience of international level through the Nepal tour.

“All the players involved in these two games will get good experience. It will give us a chance to look at new players’ performances at the international level. As I said before we are not focusing on winning the competition.

“If we win both games and the cup, it is fantastic but the focus is on these players' performances,” he added.

Bangladesh team completed their second-day training at the Bangabandhu National Stadium on Tuesday.

Forward Md Jewel, who got the chance to play in the final squad from U-23s, believed that his experience of playing in the age-level competition would benefit him in Nepal.

“I play as a forward. Ziban vai (Nabib Newaz Ziban) isn't in the team. I think it is a chance for me to secure a place in the national team. I played in SAFF U-16s in 2013. My experience there will be helpful for me,” Jewel said.

Three players -- midfielder Sohel Rana, goalkeeper Sahidul Alam and defender Rahamat Mia – didn’t take part in the training as they went to Navy headquarters to get permission for the tour.

Team manager Md Iqbal Hossain said, “They have been serving in the Navy so they need permission before going outside of the country. They went to the Navy with permission of the head coach.”

Bangladesh will fly for Nepal on Thursday.

Goalkeeper Coach Les Cleevely will join the team in Nepal on the same day while Captain Jamal Bhuyan will join them on March 22. The team will stay at Solatee Crowne Plaza in Kathmandu.