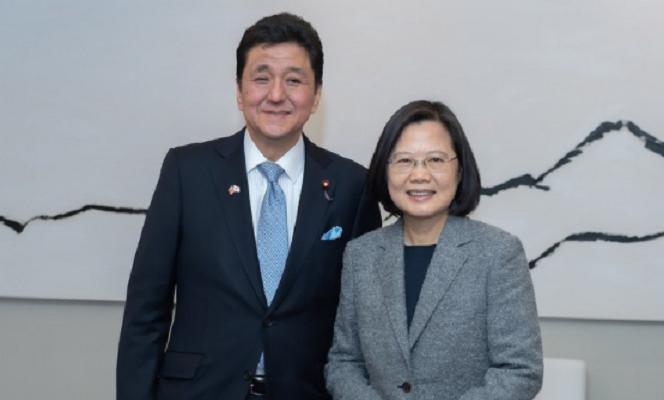 In a rare statement about Taiwan, Japan Defense Minister Kishi Nobuo (岸信夫) warned Saturday (March 13) the balance of power in the Taiwan Strait is changing in China’s favor.

China is continuing to strengthen its military capabilities, changing the balance of power in its favor, Kishi said. He added that Japan would closely monitor developments and changes in the area before concluding that Taiwan and China should resolve their problems peacefully through direct contact.

Turning to the issue of the disputed Diaoyutai Islands, which are controlled by Japan but claimed by China and Taiwan, the defense minister said that Beijing was trying to change their status unilaterally by sending coast guard vessels into the area on a regular basis.