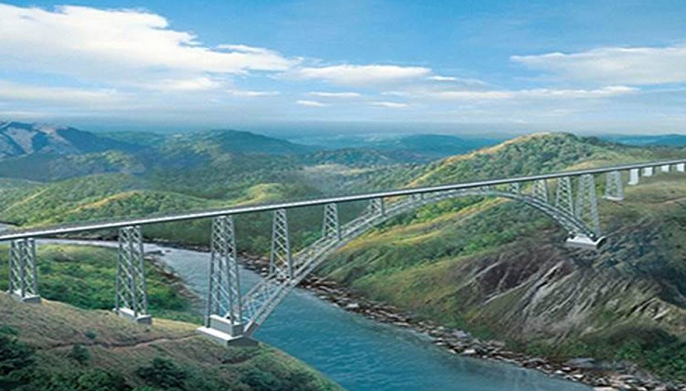 The world’s highest rail bridge over the Chenab river in Jammu and Kashmir is in the last stages of construction. Calling it a “historic moment”, Union Railway Minister Piyush Goyal on Sunday lauded its construction in Jammu & Kashmir’s Reasi district. The Ministry of Railways posted a video on its official Twitter handle showing the ongoing work on the ‘marvel in making’.

“In a historic moment, the arch bottom of the Chenab bridge Bridge at night has been completed today. Next, the arch upper of the engineering marvel in making will be completed,” Goyal wrote on Twitter.
The Chenab Arch Bridge set to be completed in December 2021, will connect Kashmir valley to the rest of the country. Standing at the tallest point for any railway bridge, at 359 m above sea level, it is 35 meters higher than France’s Eiffel Tower.

The Rs 1,250-crore bridge can withstand wind speeds of 266 kmph and has an estimated design life of 120 years.
The bridge is a part of an ambitious railway project that will have a “security setup” against possible terror threats and quakes, railway officials said. It can also withstand earthquakes measuring up to 8 on the Richter scale and high-intensity blasts.

The construction of the first three phases of the project has been completed and the line is in operational use for running of trains between Baramulla-Banihal in Kashmir valley and Jammu-Udhampur-Katra in Jammu region.