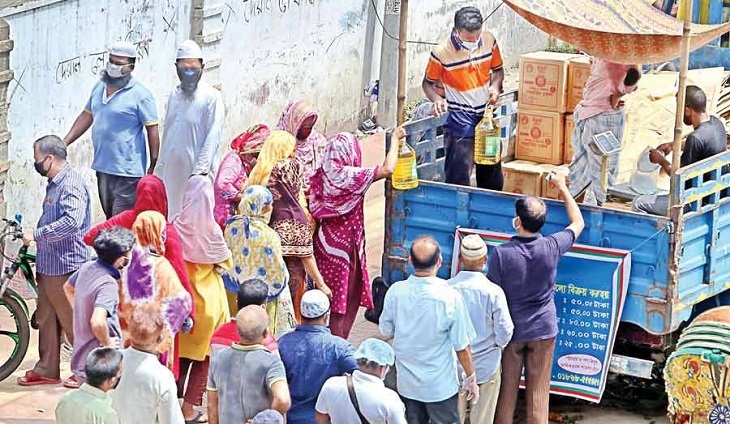 Trading Corporation of Bangladesh (TCB) is launching wide-scale commodity sale programme in subsidized rate from tomorrow in a target to keep the essentials price at tolerable limit before the holy month of Ramadan tentatively begins from middle of the next month.

“The state run enterprise TCB will start commodity sale from tomorrow throughout the country including Dhaka and Chattorgram metropolitan city,” TCB sources confirmed here today. Under the programme, the TCB will sell edible oil, sugar, lentil and onion to the consumers on 400 mobile trucks-where 80 trucks in Dhaka city and 20 trucks in Chattorgram city.

The TCB will operate the special programme as part of its commodity selling programme before the holy Ramadan and also marking the birth centenary of Bangabandhu Sheikh Mujibur Rahman, sources added.

An individual will allow to buy maximum 2-4 kg sugar, 2 kg lentil and 2-5 liters soyabean oil directly from the TCB truck in a day.

In addition, the TCB programme also will be operated in all district headquarters and upazilas through the dealers. The special commodity selling programme will continue till March 31.

Apart from this, the TCB also will launch month-long commodity selling programme throughout the country with 500 trucks from April 1 to May 6 on the occasion of the holy Ramadan.