UNB correspondent Bisnu being airlifted to Dhaka for treatment 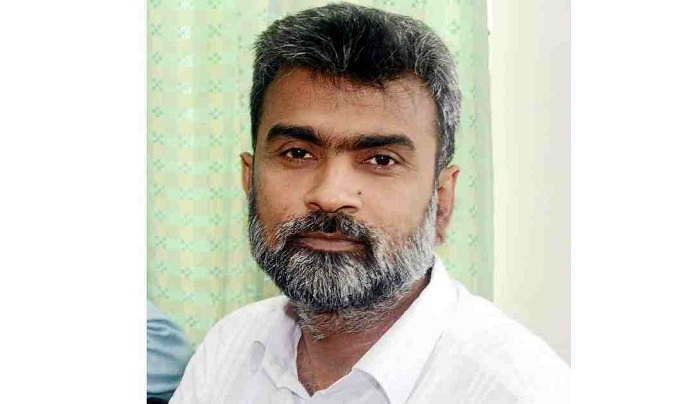 UNB district correspondent Bisnu Proshad Chakrabortty, who has been suffering from various health complications, is being airlifted to Dhaka for better treatment.

He was first treated at Bagerhat Sadar Hospital before and then shifted to Khulna Medical College Hospital.

The expert medical board formed to treat him conducted various tests but failed to diagnose any specific disease.

Later Bisnu was undergoing treatment at home under the supervision of the health department.

On March 11, Bagerhat Deputy Commissioner ANM Faizul Haque visited Bisnu at his home and inquired about his health.

During the visit, he also said that the administration would ensure better medical treatment for the journalist.

Amid the fear of a fresh wave of Covid-19 and detection of the UK variant of the virus, Bangladesh witnessed a sharp increase in the number of deaths and new cases on Monday.

The deadly virus claimed 26 more lives and infected 1,773 more in the past 24 hours till Monday morning.

With the latest figures, the Covid-19 fatalities have climbed to 8,571 and the total infections to 559,168, according to a handout of the Directorate General of Health Services (DGHS).

The daily infection rate jumped to 9.48 percent from 7.15 percent on Sunday.

But the mortality rate has remained static at 1.53 percent over the past three days, which had been 1.54 percent in the past few weeks, the directorate said in the handout.

The virus infection rate came down to below 5% on January 19. It even had come down below 3 percent. However, the infection rate soared again on Tuesday last as it increased to 5.13%.

By Sunday, 4,398,094 people received the first dose of the Oxford-AstraZeneca vaccine. The second dose has to be taken between 8 and 12 weeks of the first one.

The government is providing the vaccine for free. It signed an agreement with India's Serum Institute for acquiring 30 million doses of the vaccine.

The institute will provide five million doses every month between January and June. Those who are 40 or above can register for getting the jab at www.surokkha.gov.bd as the on-spot registration system has been revoked.

Health Minister Zahid Maleque has said that the age limit for getting the vaccine will be revised when more doses are available in the country.

The ministry has sent letters to the districts, directing officials concerned to levy fines on people flouting Covid protocols, he said.