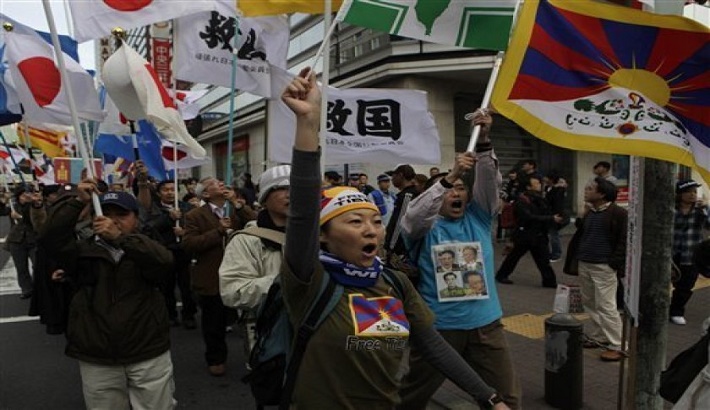 China's widespread propaganda, continuous persecution of minorities and return to the cult of personality represent an echo of Mao's rule, says political consultant Kelly Alkhouli and adds that the country's open disdain and demeaning methods have pushed minorities to fervently cling to their cultural identity.

In an opinion piece in The Hill, Alkhouli says the Chinese Communist Party's Orwellian strategy is turning harmless individuals and communities into resentful opponents.

"From a strategic perspective, China's open disdain and demeaning methods have pushed minorities to fervently cling to their cultural identity.

The CCP's Orwellian strategy is turning harmless individuals and communities into resentful opponents," she writes.

"China's widespread propaganda, continuous persecution of minorities and return to the cult of personality represent an echo of Mao's rule. Technological advancements allow for mass surveillance and extreme censorship, which have resulted in a dystopian police state where blind allegiance to the Chinese Communist Party (CCP) and leader Xi Jinping are demanded and enforced," she adds Mao Zedong, also known as Chairman Mao, was a Chinese communist revolutionary who was the founder of the People's Republic of China, which he ruled as the chairman of the Chinese Communist Party from its establishment in 1949 until his death in 1976.

He is known for establishing an autocratic and totalitarian regime responsible for mass repression, as well as the destruction of religious and cultural artefacts and sites.

Alkhouli, who is also director of international relations at the Center of Political and Foreign Affairs, states that the religious statues have been destroyed, temples are required to showcase portraits of Xi in order to avoid demolition, and Catholic priests are chosen by the state and must incorporate the ideologies of Xi -- called "Xi Jinping Thought" -- into their sermons.

"Of course, the extent of religious subjugation is primarily dependent on the state's perceived threat of separatism, meaning that Tibetans and Uyghurs are regarded with even greater contempt and left to suffer through more coercive and aggressive methods," she says.

The Chinese Communist Party attempts to undermine and suppress their culture and religion, she notes.

"They regard the Tibetan language as a vessel for separatism, have ordered the destruction of Tibetan Buddhist prayer flags, and monasteries are restricted by officials," she says.

In 1995, the Chinese government kidnapped the 11th Panchen Lama, the second most important figure after the Dalai Lama, when he was only 6 years old in order to replace him with a CCP loyalist.

Monks are required to fill out a reincarnation application that must be approved by several government agencies.