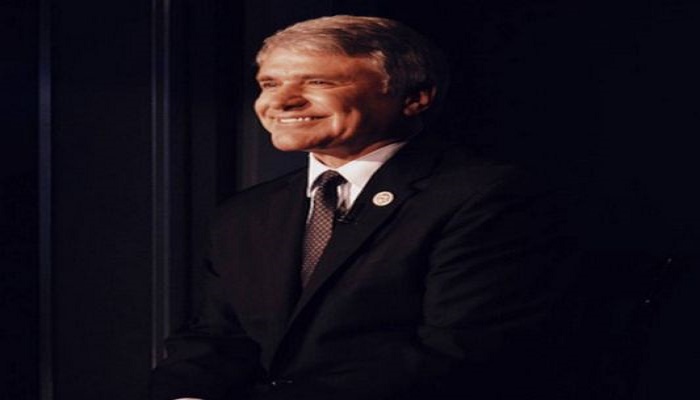 The United States and other countries should pursue moving the upcoming 2022 Winter Olympic Games from Beijing to another place because of China's human rights violations and its responsibility for the novel coronavirus pandemic, US Congressman Michael McCaul said on Friday.

The United States and other countries should pursue moving the upcoming 2022 Winter Olympic Games from Beijing to another place because of China's human rights violations and its responsibility for the novel coronavirus pandemic, US Congressman Michael McCaul said on Friday.

"The appalling human rights violations by the Chinese Communist Party -- especially those committed against Uyghur and other ethnic and religious minorities -- have horrified the entire world. CCP is currently interning at least one million people in a vast network of concentration camps," McCaul said during a virtual conversation at the Hudson Institute.

"We see human rights violations all around the globe but I think the worst is occurring in China. Our athletes train hard and I want to give them that opportunity (to take part in the Olympics). But I also do not want to be complacent that is so abusive of their own people... We need to think about moving it elsewhere," he added.

The congressman said that the "genocide" against Uyghurs and other ethnic and religious minorities is not the only instance of human rights abuses by the CCP adding that the longer the United States refuses to hold China accountable for its gross human rights violations, "the more it will embolden them to continue".

McCaul also slammed China of engaging in the worst human rights violations and in irresponsible behaviour with respect to the coronavirus pandemic."Whether it's the destruction of freedom in Hong Kong, oppression in Tibet or persecution of journalists and doctors who told the truth about the beginnings and origins of COVID-19. The CCP shows time and again that it has no regard for human rights and liberty.

The congressman urged the Biden administration to educate US athletes about surveillance, use of cell phones and other security issues should they end up going to Beijing next year. The United States has to teach and train them with respect to security measures because they will be under surveillance, he said.

Last week, the World Uyghur Congress, a human rights group, has urged International Olympic Committee's ethics commission to personally make a ruling on a complaint the group filed to move the 2022 Winter Olympics from Beijing, The Hill reported.

After Beijing imposed the repressive national security law on Hong Kong in July last year, calls for a boycott of the 2022 Winter Olympics in Beijing began. Those boycott calls have increased as criticism has intensified, South China Morning Post reported.

The rights group that represents Uyghurs Muslims in China, has filed a complaint with the Olympic committee's ethics commission in August 2020 requesting the orgsation to reconsider holding the 2022 Olympics in China due to "verifiable evidence of genocide and crimes against humty taking place against the Uyghur and other Turkic Muslims by the People's Republic of China."

As part of its vote on the Xinjiang genocide, the Canadian parliament called for exploring moving the Winter Olympics, a proposal that Beijing fiercely rejected.

China will "seriously sanction" any country that boycotts the Beijing Olympics, the editor of the nationalist tabloid the Global Times warned.

In the US, the previous Trump administration determined that China has committed genocide against Muslim Uyghurs and other ethnic and religious minority groups in Xinjiang and said that the Chinese Communist Party (CCP) must be held accountable for its acts against humty.

Late February, the Netherlands Parliament passed a motion saying the Chinese treatment of the Uyghur minority is a "genocide".

The Netherlands became the first European country to take such a move. The motion, which is nonbinding, could encourage other European parliaments to advance similar statements, Politico reported.