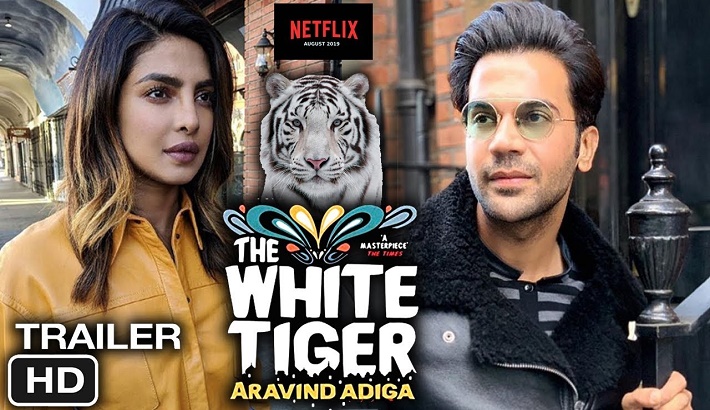 Priyanka’s film 'The White Tiger' has been nominated in the 'Best Adapted Screenplay' category.

Priyanka and her husband and singer Nick announced the nomination.

The 'Baywatch' actor took to Twitter and shared a screengrab of the nomination plate that showcases 'The White Tiger' as one of the nominees.

Expressing her excitement in the caption to the post, Chopra wrote, "We just got nominated for an Oscar! Congratulations Ramin and team #TheWhiteTiger."

She shared a post that featured her pictures, the first photo sees Priyanka as she wraps a huge Oscars Award shaped mannequin in her hand and tries to swoop it away with help of her husband Nick who is seen holding up the object from the bottom just to help Priyanka take the trophy, ANI reported.

Here is the list of nominees in the Best Adapted Screenplay category:

One Night in Miami (Kemp Powers)

The Oscars telecast will air live on ABC at 8 pm ET/5 pm PT on Sunday, April 25.