Apocalyptic skies as Beijing hit by worst sandstorm in a decade 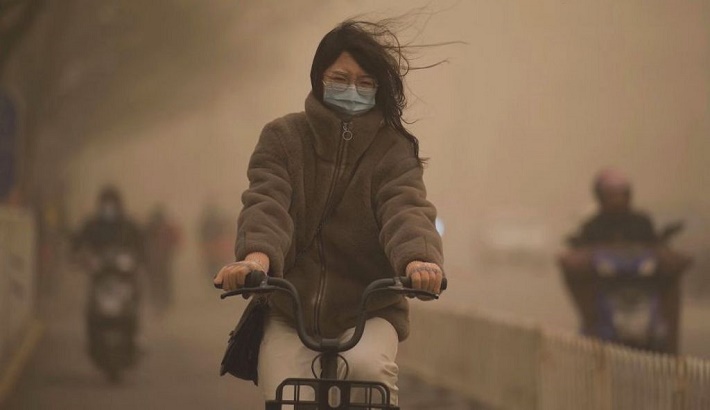 The Chinese capital of Beijing was covered in thick dust on Monday as it experienced what its weather bureau has called the worst sandstorm in a decade.

The storm caused an unprecedented spike in air pollution measurements - with pollution levels in some districts at 160 times the recommended limit.

Hundreds of flights were cancelled or grounded as the sky was covered by an apocalyptic-looking orange haze.

The sand is being brought in by strong winds from Mongolia.

China's Global Times media outlet reported that at least 12 provinces in the country, including the capital, had been affected, and the weather was likely to continue through the day on Monday before improving at night.

The WHO currently sets safe levels of air quality based on the concentration of polluting particles called particulate matter (PM) found in the air.