Shakib blessed with a baby boy 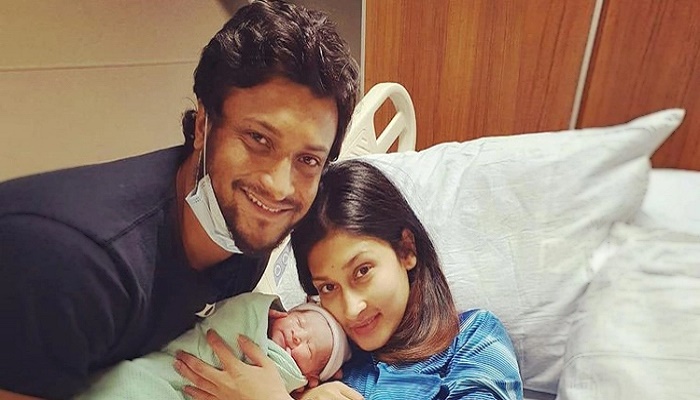 Bangladesh premier all-rounder Shakib Al Hasan, who is currently in the United States with his family, has been blessed with a baby boy.

Shakib’s wife gave birth to the baby at a hospital in the US on the morning of March 15 (US time).

Earlier, Shakib Al Hasan and his wife have been blessed with another baby girl in April 24, 2020 they have another daughter named Alaina, who was also born in the USA six years ago.

On January 1, 2021, Shakib announced that he would become the father of the third child.

During the most part of 2020, Shakib stayed in the US. He went to the US right after he was handed a two-year ban by the ICC over alleged corruption.

Shakib is currently on leave from the national team.