The incentives acted behind hiking country’s solar home systems to 6 million, he said adding that the government has formulated solar roadmap 2041 to increase renewable energy massively.

He was addressing a webinar on structural change for zero carbon future on the sideline of the 7th Berlin Energy Transition Dialogue on Monday.

About reforms in energy sector wrought during Awami League term, he said Bangladesh is stressing gas and renewable sources of energy.

The country is constructing nuclear power plant to meet growing demand for energy, he said.

Besides, the government has taken step to import power from India, Nepal and Bhutan, said State Minister for Power Energy and Mineral Resources. 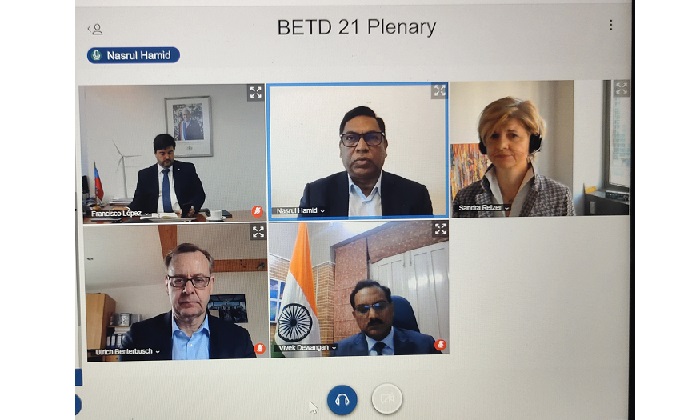