Tsunami of hate and xenophobia targeting minorities must be tackled, says UN expert 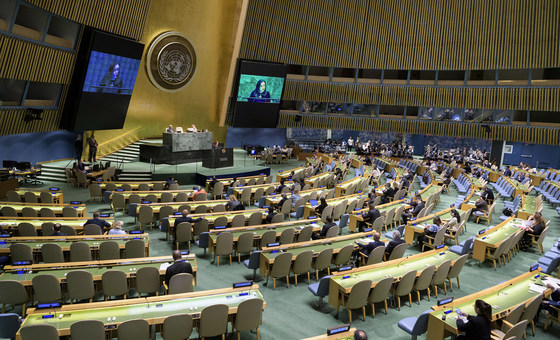 Social media have become platforms for the spread of hate, prejudice and incitement to violence and atrocities against minorities, a UN expert told the Human Rights Council on Monday, calling for an international treaty to address the growing scourge of hate speech against minorities.

“It is a warning that I never thought I would have to make, but the Holocaust did not start with the gas chambers, it started with hate speech against a minority. Dehumanizing language, even reducing minorities to pests, normalizes violence against them and makes their persecution and eventual elimination acceptable.

“It’s time for a human rights centred regulatory framework that provides clarity on the obligations of States, social media businesses and other concerned parties to regulate hate speech, focusing on the most prevalent and harmful forms of hate – and that is hate against minorities,” said de Varennes.

In some countries more than three-quarters of the cases involving hate speech target minorities, yet efforts to combat on-line hate speech seldom focus on or even acknowledge minorities. The consequences of the lack of effective legal and other responses by public authorities and social media platforms can be tragic to the point of being lethal, leading to massive atrocities and violations of human rights and the creation of conditions for potential conflict.

“States, civil society and social media platforms have the duty to take further steps towards the full and effective implementation of the human rights obligations involved. The starting point for addressing the scourge of hate speech against minorities in social media is the full respect of freedom of expression with only those strictly necessary restrictions permissible in international law to criminalise the severest forms of hate speech, to prohibit other less ‘severe’ forms, and to take administrative and other measures to counteract less severe forms of hate flowing from prejudice, racism and intolerance which may be harmful to society at large.” de Varennes said.

“States must act quickly and effectively to address and counter on-line hate speech against minorities, including by swiftly and effectively investigating and prosecuting those responsible, holding them accountable, and ensuring that victims have effective access to justice and remedy.

“With regard to social media platforms, minorities should specifically be identified as priorities. Social media’s content moderation systems and community standards and any oversight or appeal entity should clearly commit to protecting vulnerable and marginalised minorities and other groups and systematically integrate fully human rights standards into the content policies and decision mechanisms of their platforms,” he added. “This is still usually not the case”.

The Special Rapporteur also called for the drafting of practical guidelines on combating hate speech targeting minorities as a matter of urgency, setting out the responsibilities of states and social media platforms, and the liabilities of the latter, and a future legally binding instrument.