Korea vows to stand with Bangladesh in realizing Bangabandhu’s dream 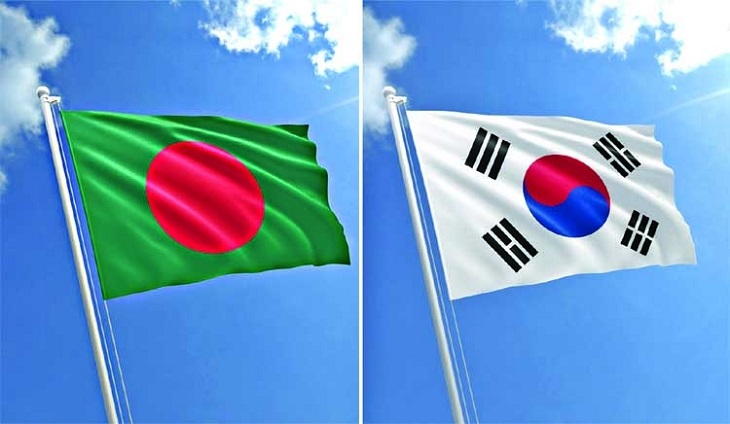 Korean Ambassador to Bangladesh Lee Jang-keun on Monday assured that Korea will continue to support Bangladesh in its journey for realising Bangabandhu’s dream and vision for an independent, prosperous and democratic Bangladesh.

“Now as Bangladesh is taking a bold step towards the next centenary inspired by the legacy of Bangabandhu, “Korea will stand firmly with Bangladesh throughout the journey,” he said.

The South Korean envoy was addressing at the 4th Lecture of Bangabandhu Lecture Series held on Monday (Mar 15) at the Foreign Service Academy.

Ambassador Lee Jang-keun in his speech shared an interesting historic connection between 8th UN Secretary General, Ban Ki-moon and Bangladesh which he came across during his research of a diplomatic archive on the history of Korea-Bangladesh relations.

“I was somewhat thrilled to find the name Ban Ki-moon in many reports and documents at the initial stage of Korea-Bangladesh relations. Let me share just two stories with two photos.”

He said Ban Ki-moon played a very crucial role in the course of establishing diplomatic relations between the two countries in early 1970s. He was a desk officer in charge of Bangladesh in the Ministry of Foreign Affairs of Korea in 1971 and 1972 when Bangladesh was struggling for its independence.

Ban drafted many documents and reports on the turbulent situation in Bangladesh at that time. The photo now is the Foreign Ministry’s report to the President dated May 18, 1972 drafted by Ban right after Korea’s recognition of the newly independent Bangladesh. Korea officially recognised Bangladesh on May 18, 1972.

Korean envoy said the story went further after that, as Ban Ki-moon was assigned to Korean Consulate General in New Deli around the end of 1972, and from where he (Ban) was involved in the negotiation process of establishing diplomatic relations between our two countries.

“The second photo is what I found in a memoir of the late former Prime MinisterRho taken during his conversation with Bangabandhu at his residence in Dhaka. There is no record of the exact date when the photo was taken, but it appears to be July 21, 1973 in light of the diplomatic document I found,” the Ambassador said.

Now after fifty years, Ambassador Lee Jang-keun said Ban Ki-moon is still serving as a crucial linkage between Korea and Bangladesh as we are all witnessing today. “Personally, I feel so fortunate to have such a big asset like him as I discharge my duty as Korean Ambassador to Bangladesh of strengthening the bilateral ties between our two countries.”

“I am also very happy today that Korea is joining Bangladesh in celebrating the Mujib Borsho, birth centenary of Bangabandhu, as well as the Golden Jubilee of Bangladesh’s independence this year, in particular through the presence of Ban Ki-moon at today’s 4th Bangabandhu lecture series.”

As a country that shares a history of achieving independence through tireless fights and efforts of, Ambassador Lee said “our forefathers, we wholeheartedly join this celebration. Korea is very happy and proud to have been close friend and partner with Bangladesh during the past five decades.”

The Ambassador concluded his remark with his most favorite quote from Bangabandhu Sheikh Mujibur Rahman, which is “My greatest strength is the love for my people, my greatest weakness is that I love them too much.“ Joy Bangla and long live Korea-Bangladesh friendship.”