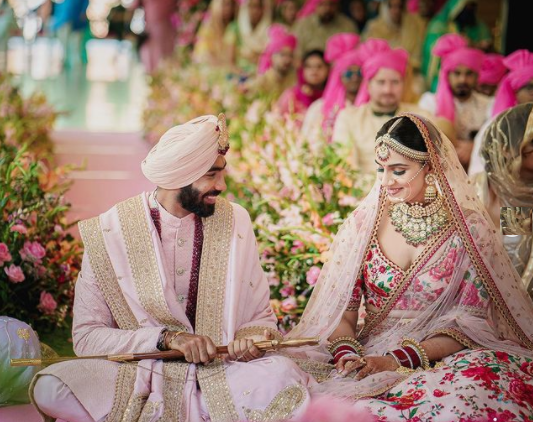 India cricketer Jasprit Bumrah married TV presenter Sanjana Ganesan and the cricketer shared pictures from the wedding on social media. Bumrah had been granted leave by the Board of Control for Cricket in India (BCCI) from the ongoing series against England and there were reports in the media that the cricketer will get married to Ganesan. "Love, if it finds you worthy, directs your course," tweeted Bumrah along with two pictures where he and Sanjana are seen performing wedding rituals. "Steered by love, we have begun a new journey together," the tweet further said. "Today is one of the happiest days of our lives and we feel blessed to be able to share the news of our wedding and our joy with you."

He was, until Friday, India's leading wicket-taker in T20Is only to be surpassed by Yuzvendra Chahal during the ongoing five-match T20I series against England.

Ganesan is a TV presenter who has hosted several shows on cricket broadcast during the ICC Cricket World Cup 2019, the IPL and Team India matches.

India won the four-match Test series 3-1 and the five-match T20I series is level at 1-1 with three matches to play.