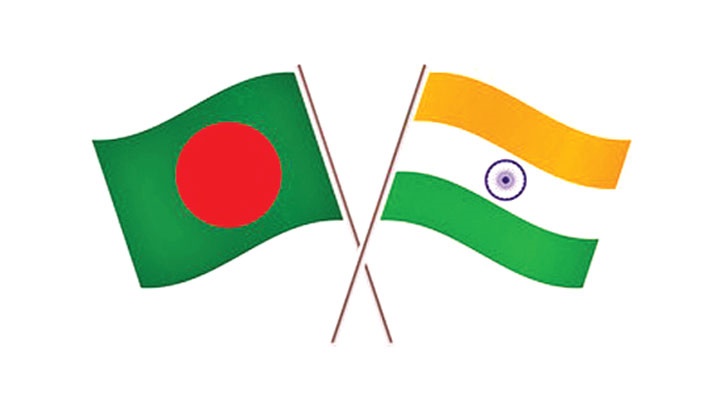 At the outset of evolution of a civilisation, there always remains tales of a river. It may be the civilisation of the Nile River or the Maya civilisation. So is the case of Sindh civilisation. Ptolemy has created history through a map in 150 B.C. This famous Greek scholar was a resident of Alexandria, a Roman province of Egypt. He has created a map titled Geographia, where India was spotted on the background of earth. There, it was seen how has the Ganges River fallen into the Bay of Bengal. Actually, the history of the earth tells about evolution of human civilisation through fetching river water. Ultimately, house, market place, society and state have been created.

Today, after so many years, an agreement was signed between Bangladesh and India for the construction of a bridge over the Feni River flowing between two sovereign states. Against this backdrop, we can look at the contemporary period. We feel proud thinking that we have entered a new era in South Asia. It is for the first time, Bangladesh and India have been connected by a bridge over a river. A 1.9 kilometre bridge has been built over the Feni River. It is likely to change the commercial import-export scenario of the two countries. The friendship bridge connects Subroom of Tripura and Ramgarh of Bangladesh. Because of the bridge, Bangladesh and Tripura-Mizoram as well as seven northeastern states of India will be benefited through economic development. The accord was signed on June 6, 2015. Indian Prime Minister Narendra Modi will visit Dhaka shortly. Following construction of the bridge, talks on commercial and economic development will get faster.

Let me tell something about the past. In 1961, not far away, there was a village named Farakka, merely 15 kilometres off the East Pakistan border. Presently, East Pakistan has no existence. After massive bloodshed, this has been turned into independent Bangladesh. However, this spot has been selected for constructing the 2.02 kilometre Farakka Barrage. Work on the barrage kicked off in 1961. Then many years passed by in the same manner bridges were built during bygone days. Similarly, work on the barrage began. When the river got dried then work on the bridge progressed. It was the period from December to May. A total of 109 bays were constructed. Work on the barrage completed in 1969. Roads and rail bridges were built. Three more years passed to build these structures. A canal was excavated in 1975.

Centring the Farakka Barrage, debates are still underway. A major portion of the Ganges water will reach Kolkata. The Government of West Bengal complained much over it. The complaints mainly centred on paucity of water. An alarm was raised in Bangladesh. The state that was established in 1971 will remain deprived of their share of water. They have a right to object to it. Before the start of barrage work, no water-sharing treaty was signed between East Pakistan and India. As a result, the Padma River is being deprived of water. It is a long-standing issue, which was also brought before the United Nations in 1976. This was followed by an understanding. Ultimately, an accord was signed between the two countries. Since 1977, the two states came to an understanding about sharing of water from the month of January to May every year. This was followed by a few short-standing accords which were eventually signed as bilateral accords in 1980 and 1986. But, even today, there are some water sharing problems which the two countries are trying to resolve. The Bangladesh Prime Minister is well-aware about it and she has been advancing with a modern approach by extending her hands of cooperation in every sphere. One thing is very clear; it is that India needs Bangladesh. There is no doubt in this regard. But, Bangladesh too must have to talk to India. Any disagreement must have to be resolved through discussion. It is very much possible to resolve disputes through discussions. And keeping this spirit in mind, the bridge has been built on the Feni River for augmenting bilateral trade.

So far, transit or transhipment goods used to reach Agartala of the Indian state of Tripura by road from Chattogram port through Akhaura land port. Last July, its first consignment reached the destination by covering a distance of 215 kilometres. Once the Bangladesh-India Moitree Setu is commissioned, it will be possible to reach Subroom of Tripura by travelling merely 100 kilometres. Alongside reduction of distance, export-import with seven Indian northeastern states will be easier. At the same time, India will be able to bring fast its goods from Chattogram port to its own cities.

According to businessmen, both the countries will be commercially benefited by the bridge. Not only transportation of goods, but Bangladeshi passengers who want to visit India for the purpose of travelling and treatment will also be benefited.

Bangladesh and India share a 4,096-kilometre-long land border. This is for the first time the two countries got connected through a bridge built over a border river. How will the seven northeastern states be benefited by this Bangladesh-India Moitree Setu, it can be understood by a statement of Jishnu Dev Varma, the Deputy Chief Minister and Finance Minister of Tripura. He told the BBC Bangla that this single bridge would make Tripura the gateway to the Indian northeastern states. Because of the bridge, Tripura will become the logistical gateway of the northeastern states of India. So, it is a very important matter. Trade and commerce with Bangladesh will also become easier. Their businessmen will be able to send their products to entire India. A new horizon will also be opened in Southeast Asia.

It needs to cover a distance of 1600 kilometres to reach goods to Agartala from Kolkata. Basically, India wants to use Chattogram port for bringing goods to seven Indian states to reduce the transportation cost. On the other side, a large number of Bangladeshi products like cement, steel bars and biscuits are exported to the seven Indian states. So far, it was done through Akhaura land port, but now it will be possible through the friendship bridge.

It is the observation of the World Bank that the national earning of Bangladesh would increase by 17 per cent if Indian goods-laden trucks travel via Bangladesh. On the other hand, Indian national earnings will increase by eight per cent. Such information has been revealed by analysing a report on motor vehicles of Bangladesh-Bhutan-India-Nepal (BBIN) titled: ‘Connecting to Thrive: Challenges and Opportunities of Transport Integration in Eastern South Asia.’

The World Bank Country Director for Bangladesh and Bhutan, Mercy Tembon, said: “Geographically, Bangladesh is a gateway to India, Nepal, Bhutan and East Asian countries. Bangladesh can be an economic power house in this region through development of regional trade and commerce, transit and logistic network. Bangladesh will be more profitable through this non-stop transport system.’

So, great expectations have been created over the upcoming Bangladesh tour of Indian Prime Minister Narendra Modi.