Shrimp and crab exporters are facing multifaceted challenges due to the disruption caused by the corona pandemic.

The sector is struggling as the pandemic brought widespread disruption to the global frozen and live fish supply chains over the last one year.

Though most of the export sectors have rebounded from the corona crisis, export earnings from frozen and live fish are not rebounding, largely due to a prolonged downward trend in the global supply chains.

Export earnings from shrimps during the eight months of the current fiscal fell by 18.31 per cent while crab export plunged by 53.37 per cent year-on-year.

During the July-February period, Bangladesh shipped shrimps worth $224.61 million and crabs worth only $ 9.82 million.

EU countries and the US are the largest markets for Bangladeshi shrimps.

Exports to counties like Russia, France, Portugal, UK and Belgium is very thin due to the pandemic effect, they said.

BFFEA president Kazi Belayet Hossain said the demand for shrimp has drastically dropped around the world. Due to the fact, the country’s shrimp industry is facing tough times.

Seeking the government’s support, he said a large volume of orders got cancelled and production is being reduced.

“Policy support from the government is vital to keep this thriving sector afloat during this crisis,” he said.

Crab and eel exports in crisis  An export ban by China has pushed the crab and eel producers and exporters into uncertainty.

China is the major destination for Bangladeshi crab and eel, but the export of these products to the Chinese market has remained halted.

China halted the import of crab and eel from Bangladesh citing the presence of excessive harmful substances in them.

Expressing concerns live and chilled food exporters said the ban by China is destroying the entire business in this sector.

Bangladesh Live and Chilled Food Exporters Association (BLCFEA) has recently requested the authorities concerned to take necessary steps for resuming the export of live crab and eel to China.

The association has also sought the Prime Minister’s intervention to resume the exports to China, if necessary.

Kazi Mahbubul Alam, General Secretary of BLCFEA, said China is the major market for Bangladeshi produced crab and eel. Due to the ban, Bangladesh would lose most of the export revenue from these items.

Expressing fear, he said that if the ban continues, businesses in this growing sector will get destroyed.

China accounts for around 85 per cent of the exports of crab and eel. The rest is exported to Japan, Taiwan, Belgium, Britain, the Netherlands, Germany and Australia. 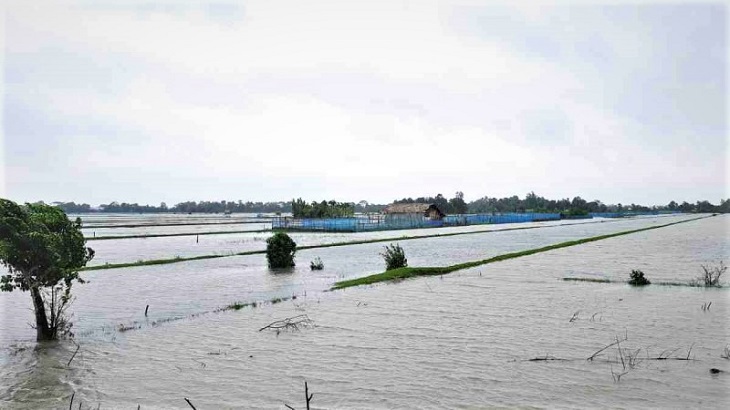 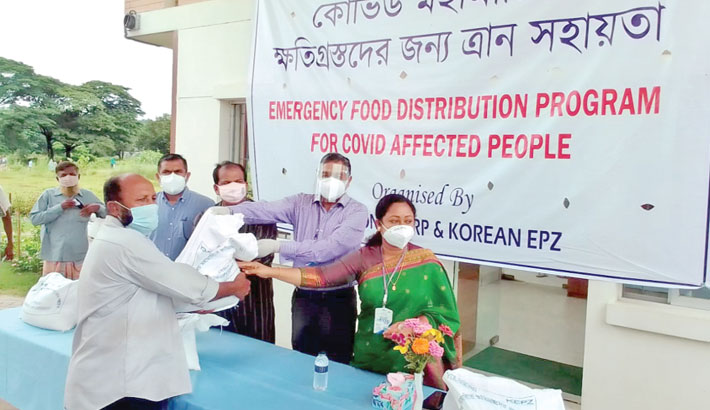 Korean EPZ Managing Director Mohammad Shahjahan hands over relief item to a person affected by the corona pandemic on behalf of the Youngone Corporation and Korean EPZ at the EPZ’s Office at Anwara upazila in the district on Monday. Upazila Nirbahi Officers of Anwara and Karnaphuli upazilas were present among others. A total of 1,000 bags of relief and 10,000 masks were also handed over to the relief fund of the Chattogram deputy commissioner on that day. 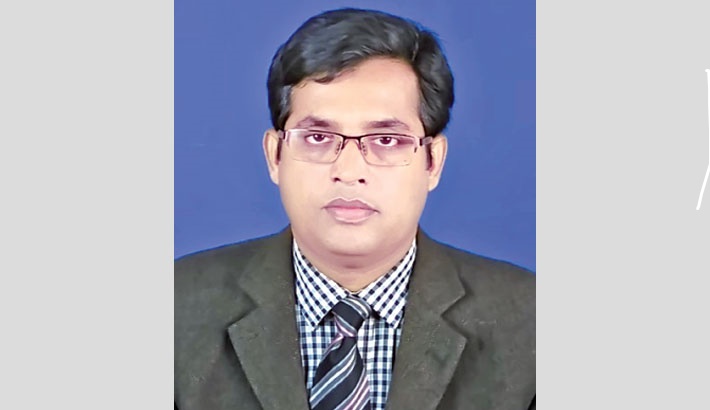 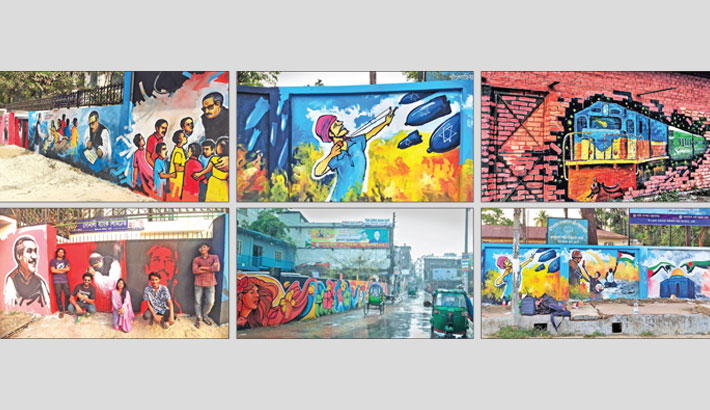 Rangadeyal, a team of young artists, students of different universities and colleges, take a unique initiative to pass their long leisure period due to the closure of all educational institutes amid the corona pandemic. They take the boundary walls of different individuals’ houses, government and non-government office buildings in the Feni district town as their canvas and creating artworks on them. Such creative initiative turns the town clean and beautiful. City dwellers are happy and appreciating their works. — SUN PHOTO 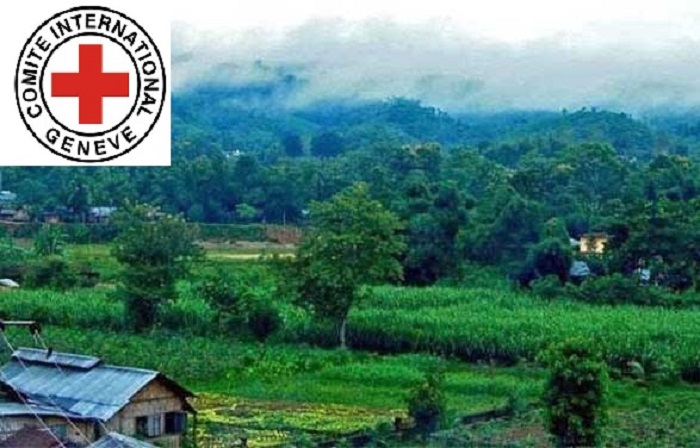 ICRC drive against corona pandemic in the south-eastern hills 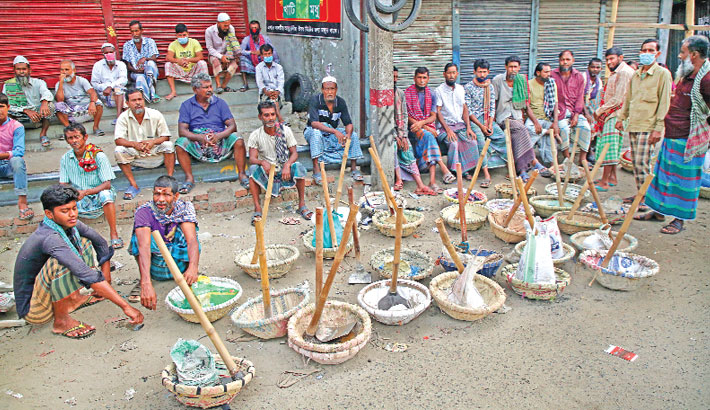