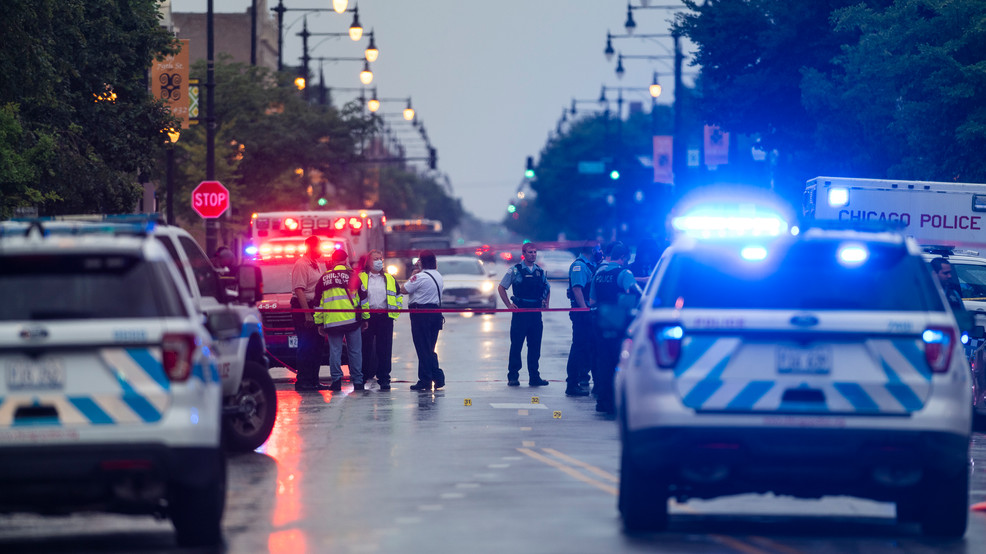 Gunfire erupted at a party on Chicago’s South Side early Sunday, killing two people and wounding 13 others, authorities said.

Officers responded at around 4:40 a.m., police spokesman Jose Jara said in a statement. Those shot were between the ages of 20 to 44. Jara earlier said 12 people had been shot, but police later raised the figure to 15.

Seven of the wounded were taken to hospitals in serious to critical condition, fire department spokesman Larry Merritt told the Chicago Sun-Times.

Speaking to reporters near the scene of the shooting in Chicago's Park Manor neighborhood, Police Superintendent David Brown said investigators were still seeking a possible motive.

Where is my third stimulus check?:IRS updates 'Get My Payment' tool with information on new COVID payments

Police investigate the scene of a shooting Sunday, March 14, 2021 in the Park Manor neighborhood in Chicago.   Fatal gunfire erupted at a party on Chicago’s South Side early Sunday.

Brown said four guns were recovered at the scene, but he didn't say whether investigators believe more than one person fired shots. No arrests had been made.

“We have a lot of work to do,” Brown said. “Detectives are really just getting started.”

A bar had been step up in a garage attached to the business for what Brown described as a “pop-up party.”

Red and black balloons, as well as a shoe, were on the ground outside the business shortly after the shooting, the Chicago Tribune reported.

“We don’t know what the celebration associated with this party was at this point, we’re still trying to follow-up on leads on what that motive might be,” Brown said.