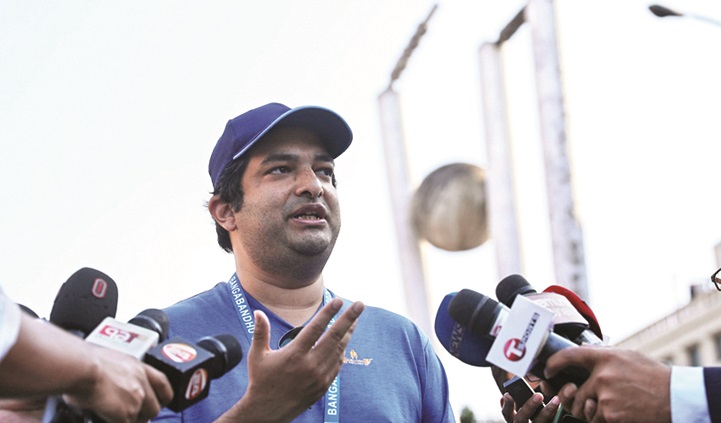 Bangladesh Cricket Board official said on Sunday that they have postponed the last edition of Dhaka Premier League, the country’s traditional Dhaka-club based 50-over tournament and decided to re-launch it in the T20 format.

“We have decided to re-launch the Dhaka Premier League. And the window I get on May 6. We will be able to start the league at that time and it is a very difficult situation because we have very little time,” Kazi Inam Ahmed, chairman of Cricket Committee of Dhaka Metropolis, a BCB wing entrusted with the duty of completing Dhaka-based club tournaments, told reporters on Sunday.

DPL was suspended in the third week of March 2020 in the aftermath of Round-1 due to the coronavirus outbreak. Following the abrupt halt, the bulk of the local players demanded to restart the league as DPL is the main source of income for the majority of players of the domestic circuit.

CCDM officials sat with the representatives of different clubs at the Sher-e-Bangla National Stadium and later informed the media that the clubs have agreed to play the leagues in the shortest format.

“The match that took place last year is a continuation of last year's league and that one match we are abandoning. I am cancelling it and re-launching it in the T20 format,” he said.

“We’ve got two windows one with six days and the other with 15 days so far and maybe three more days can be added to it and we have to start the tournament with that,” the CCDM chairman said.

“We have talked to the representatives of all the clubs and we have agreed that what we are doing in this league, we have to format it in T20,” he said.

“Since last year all the players were signed, with all the teams. All those players will play in that team. We also have to look at the side of the club. Since most clubs have already paid 30-40 percent. Since that happened we have decided that all the players will stay with the club they were with,” he said.

“That’s how we will do the league. And it will be a whole league. There will be Super League in this league, there will also be relegation,” he said.

Inam said that they are yet to make a decision on the payment of the cricketers but club officials insisted it needs to be reduced.

He also said that DPL's shorter format will help Bangladesh prepare better for the upcoming ICC World T20, scheduled in India from October.

“Naturally it will help (playing DPL in the shortest format) ahead of the forthcoming ICC T20 World Cup as we feel it will benefit us in preparing our cricketers for the global event,” said Inam.

“We have taken that into consideration before putting up this proposal to the clubs plus the window that we have is too short we cannot accommodate anything apart from the shortest format,” he said adding that vaccination is expected to be completed in due time and they are working on the guideline provided by National Sports Council in this regard.