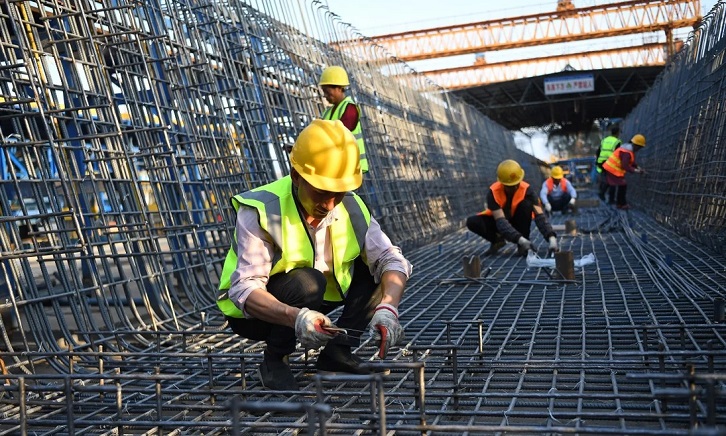 China’s top legislature has urged the nation’s cash-strapped regional governments not to “blindly expand” infrastructure projects due to concern about mounting financial risks stemming from trillions of yuan worth of coronavirus stimulus last year.

“Some regional governments are facing heavy debt burdens, while there were still new increases of implicit liabilities,” the financial and economic affairs committee of the National People’s Congress (NPC) said during its review of budget implementation and planning.

“[We] must push for the compilation and publishing of local government balance sheets.”

The committee also identified a number of related issues, including the effect of insufficient fiscal revenue on operations and growing pressure on the pension system, according to details of the review published by the official Xinhua News Agency on Tuesday.

Government debt in China totalled 46.55 trillion yuan (US$7.1 trillion) at the end of 2020, including 20.89 trillion owed by the central government and 25.66 trillion yuan by local authorities.

The debt load is equivalent to 45.8 per cent of last year’s gross domestic product (GDP), but below the 60 per cent warning line widely used by international institutions.

However, because implicit liabilities are often buried in the records of state firms or public-private partnerships, the risk is likely much bigger than the official debt figures.

China is been on high alert for obvious “grey rhino” risks stemming from rising debt, which has grown after local governments ploughed money into infrastructure projects to jump-start the economy after the initial economic impact of the pandemic.

In its work report last week, the government cut the fiscal deficit ratio to 3.2 per cent of GDP this year from 3.6 per cent in 2020.

It also reduced the local government special purpose bond issuance quota to 3.65 trillion yuan from 3.75 trillion yuan last year and chose not to issue any new “Covid-19” bonds this year after selling 1 trillion yuan of the securities last year.

To prevent financial risk, Beijing will establish a national platform to monitor local debt and fiscal information, the finance ministry said. The quota for local bond issuance will be distributed carefully to prevent worsening financial risks in some regions and some existing projects will be audited.

The accumulative size of special purpose bonds, which is not included in the calculation of the NPC-approved fiscal deficit ratio, hit 13.07 trillion yuan by late January, higher than the general bond issuance of 12.9 trillion yuan.

On Monday, ratings agency Moody’s warned the weakening fiscal profiles and rising debt burdens of provincial governments are weighing on the economy and government-supported entities.

It cited the case of Hunan, a province in central China being supported by the World Bank to achieve fiscal sustainability, where much of the debt is a result of its large-scale investment in industry, infrastructure and real estate in past decades.

The province’s broad debt, comprising its direct debt owed as well as that owed by financing vehicles that borrow on behalf of local governments in the province, totalled 1.6 trillion yuan at the end of 2019, representing 160 per cent of its fiscal revenue – significantly higher than other provinces.

Zhang Xiaojing, director of the institute of finance at the Chinese Academy of Social Sciences, said Beijing must abandon its debt-fuelled growth model by constraining local governments, state-owned enterprises and financial institutions.

It should also seek new growth momentum from innovation, he added.

Zhang proposed disposing of local government assets, which are estimated at 75.6 trillion yuan, and introducing real estate investment trusts to manage their infrastructure.

“Local governments should appropriately dispose of some holdings, or introduce private capital through mixed ownership reform to narrow their deficits,” He said during a lecture hosted by Shanghai Pushan Foundation.