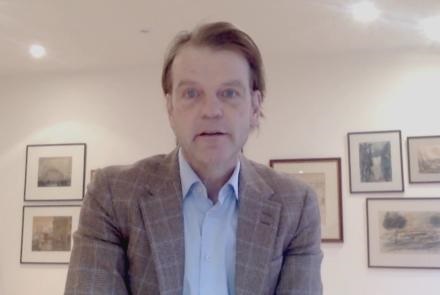 Chris Alexandra, Canada’s former ambassador to Afghanistan, says that restoring peace in Afghanistan will not be possible unless Pakistan halts its "covert proxy war" in the country.

Talking to TOLOnews, the Canadian diplomat said that Pakistan’s army, particularly the country’s powerful military intelligence, the Inter-Services Intelligence (ISI), "equips the Taliban" and sends them to wage war against the Afghan government.

“There will be no peace in Afghanistan unless and until Pakistan stops its covert and now increasing covert proxy war in Afghanistan,” he said.

Taliban has been persistently rejected support from the Pakistani military.

According to the Canadian diplomat, the Taliban speaks on behalf of Pakistan’s intelligence agencies in the peace table not their own.

Meanwhile, Hizb-e-Islami leader Gulbuddin Hekmatyar has traveled to Pakistan on the invitation of senator Siraj ul Haq, the leader of Jamaat-e-Islami, a hardline religious party in Pakistan, and is expected to address supporters of Jamaat-e-Islami in the city of Lahore on Saturday.

“He will address a grand meeting of Pakistani religious scholars in the city of Lahore on 13 March,” said Humayoun Jarir, a member of Hizb-e-Islami. “The main purpose of the visit to meet the Pakistani religious scholars and leaders of Pakistan’s mainstream political parties. Of course, he will discuss the peace process with those personalities who have got a role in the peace process.”

At least five Afghan politicians have traveled to Pakistan in less than five months with some of them arguing that Pakistan’s approach towards Afghanistan has changed.

“In our perspective, Pakistan will have an important role in peace for two reasons: First, Pakistan is an important neighbor to Afghanistan like Iran. Second, Pakistan has close ties with the Taliban,” Jarir said.

“We will soon achieve peace if Pakistan wants, but the fact is that the Taliban does not want peace, they act contradictory in their words and action,” said Abdul Rashid Ayoubi, a presidential adviser.