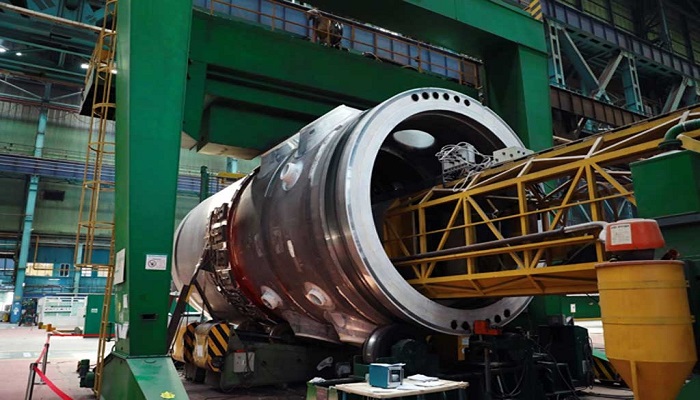 During her address at the inauguration ceremony of the construction of Rooppur Nuclear Power Plant in 2017, Prime Minister Sheikh Hasina stated, “the long-cherished dream of the nation’s founding father has come true as Bangladesh enters the world of nuclear energy.” PM Sheikh Hasina’s words were an acknowledgement of the vision and contributions of Bangabandhu Sheikh Mujibur Rahman towards Bangladesh’s nuclear energy programme. As the long-cherished dream of Bangladesh being part of the nuclear energy producing nations comes to fruition with rapid progress on the RNPP, it is important to remember and appreciate Bangabandhu’s role in the country’s path towards nuclear energy development.

Although the discussions on developing nuclear energy had been around before the independence of Bangladesh (erstwhile East Pakistan), the vision only took shape after the independence under the leadership of Bangabandhu Sheikh Mujibur Rahman. In the election manifesto of 1970, he had reiterated the commitment to implement Rooppur Nuclear Power Project with the capacity of 200 MW. The first major step towards nuclear energy development was the establishment of Bangladesh Anobik Shakti Kamishon (Bangladesh Molecular Energy Commission, later renamed as Bangladesh Atomic Energy Commission). The objective of the commission was to promote use of atomic energy for peaceful purposes. To take forward the implementation of the Rooppur project, Sheikh Mujibur Rahman appointed noted nuclear physicist and his son-in-law, MA Wajed Miah as the project director. The ground-work laid down during the brief but illustrious tenure of Bangabandhu as the prime minister of Bangladesh was essential for the country to realise its nuclear dream. The implementation of Rooppur Nuclear Power Plant abruptly came to a halt after the tragic assassination of Bangabandhu and the political turmoil that followed his untimely death.

In choosing MA Wajed Miah as the project director, Bangabandhu Sheikh Mujibur had found a dedicated and passionate advocate of Bangladesh’s nuclear energy dreams. After Awami League came to power in 1996 and Sheikh Hasina assumed office as the prime minister, the implementation of RNPP started with a renewed vigor. The prime mover of the new efforts was none other than MA Wajed Miah in his capacity as the Chairman of BAEC. He rallied support for the RNPP project, in accordance with the vision of Sheikh Mujibur Rahman and subsequently BAEC took a project to set up a 600MW nuclear power plant at Rooppur. A few preparatory activities including human resource development were initiated. Dr. MA Wajed also played a key role in the development of Bangladesh Nuclear Power Action Plan-2000 which became the cornerstone of Bangladesh’s nuclear energy policy in subsequent decades.

Talking about the role of Bangabandhu in the country’s nuclear energy aspirations in general and RNPP in particular, Sahidul Hasan, an assistant professor of History at University of Dhaka, states, “Even though Bangabandhu’s tenure as the statesman of the country was very brief, the foundation stone of Bangladesh’s nuclear energy programme was laid by his administration. He recognised the importance of nuclear energy in the country’s development and took several crucial steps that had far reaching consequences for the country’s nuclear energy development programme and particularly for RNPP. His decision to appoint Dr. Wajed Miah, his son-in-law and famous nuclear scientist, as the project director and establishment of Anobik Shakti Kamishon were indeed the steps that shaped the subsequent discourse and direction on nuclear energy leading to RNPP. The realisation of his vision in terms of RNPP is a great tribute to our founding father.”

The Bangladesh government approved the Russian proposal to build a nuclear power plant at Rooppur in 2009. The choice of partner for Bangladesh’s foray into nuclear energy sector was also consistent with Bangabandhu’s vision. Russia, erstwhile Soviet Union, was the first state visit by Bangabandhu Sheikh Mujibur outside of subcontinent. The faith that Father of the Nation had in Russia as Bangladesh’s key ally and development partner was reposed with the RNPP deal by the Sheikh Hasina’s government.

As RNPP progresses towards operationalisation, the country should be grateful to the visionary leadership of Bangabandhu Sheikh Mujibur Rahman. There cannot be a better tribute to him than Bangladesh emerging as a developed and self-sufficient nation and RNPP is a crucial step in that direction.

(The writer studied MA in International Relations at the South Asian University, New Delhi, India. He is an independent researcher)