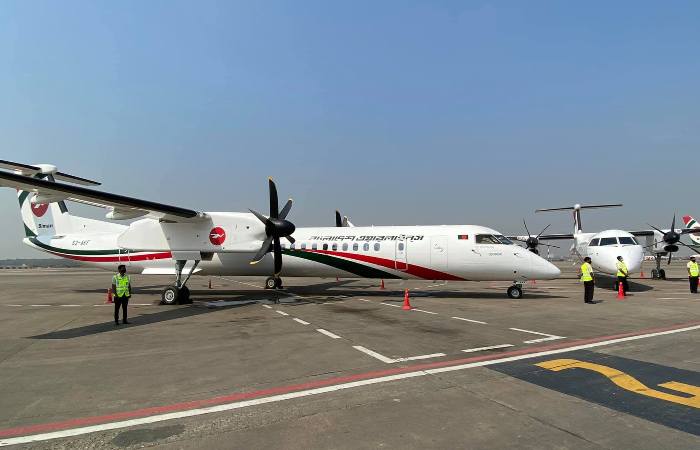 The two new Dash 8-400 aircraft were formally inaugurated at a function at VVIP Terminal at Hazrat Shahjalal International Airport in Dhaka on Sunday morning. The premier attended the event through videoconferencing from her official Ganabhaban residence.

The premier has named the two new aircraft like the other new aircraft which have already been added to the Biman's fleet.

The aircrafts are the 2nd and 3rd one purchased on the basis of a G2G (government to government) agreement between Bangladesh and Canada governments.

The national flag carrier received the Dash 8-400 aircraft from De Haviland Canada, a prominent aircraft-maker of the North American country.