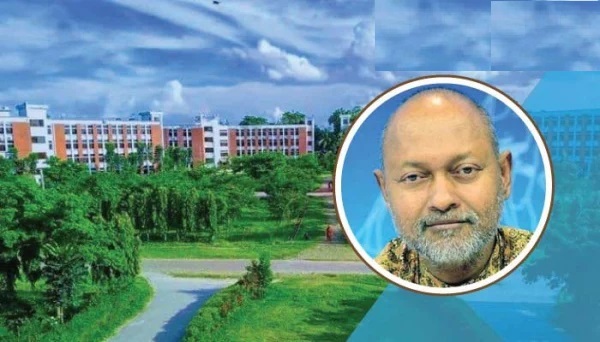 Dr. Matiur Rahman, convener of the council, alleged that the VC is directly involved in academic, administrative and financial irregularities, nepotism, fraud, admission trade, harassment, torture and oppression with the help of some teachers and officials of BRU.

He said those who are close to the VC are embezzling lacs of taka in the name of trainings and meetings.

Dr Matiur alleged that Kalimullah and his mother, who was appointed by him, proceeded to appoint teachers at the department of Sociology and Women and Gender Studies of the university without maintaining any protocol.

From the press conference, it has been said that the VC appointed his close allies in several important positions of the recruitment board to tamper with the entire process.

According to Odhikar Surokkha Parishad, corruption of Tk 50 lakh has been committed by showing the construction of brick paved road connecting the transport pool. Works worth Tk 35 lakh allocated by UGC has been shown to cost Tk 85,000.

Meanwhile, the teachers came under fire from the journalists at the press conference due to their lack of concern about various problems of the students including session jams, teacher crisis, classroom crisis and so on.