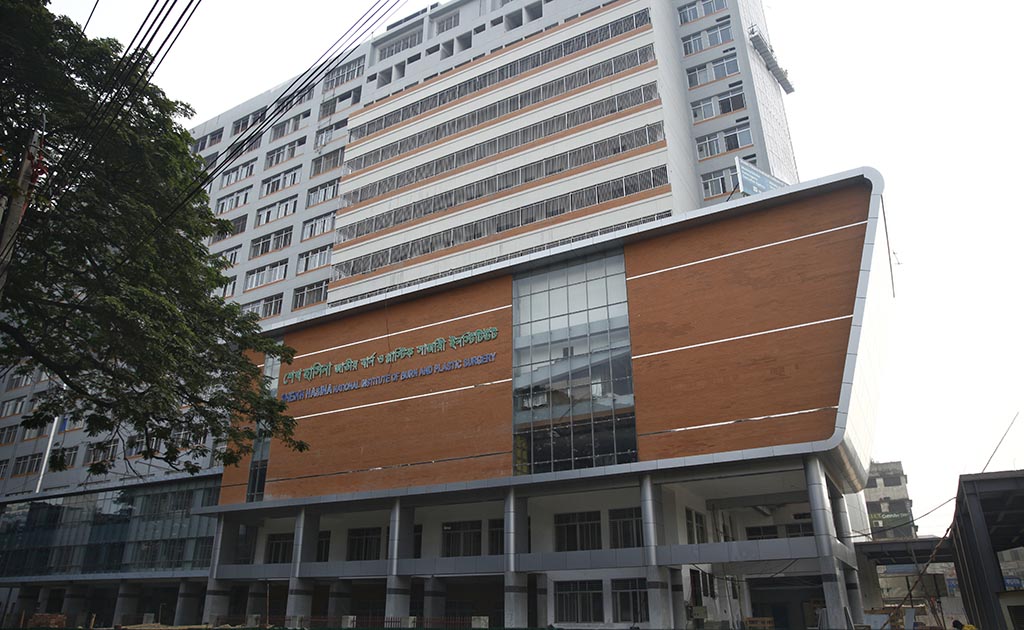 Yet another victim, who sustained burn injured in a fire caused by gas leak on the top floor of a six-storey building at Masdai in Fatullah of Narayanganj, died at Sheikh Hasina National Institute of Burn and Plastic Surgery on Satuday.

With this, the death toll reaches three in the incident.

On Tuesday, fire erupted from an explosion on the top floor of a six-storey building in Masdai Patenga Mor area of Fatullah.

Mishal, Mahfuzul and Minhaj died at the burn institute on Wednesday, Thursday and Friday respectively.

Two others -- Mita, and Afsana, -- with 14pc and 10pc burns respectively are now undergoing treatment at the hospital.