It Is India’s Time to Reach Out 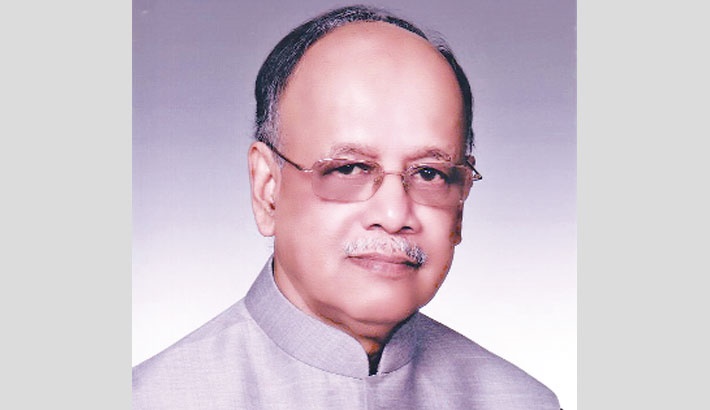 Time and again it has been said that Bangladesh is India’s only strategic ally when it comes to its neighbours and India gains more if the relationship between the two countries remains warm and meaningful. One of the things that can make it possible is through increasing the connectivity between the two countries. Looking back at the history of partition of India, it must be clearly acknowledged that it was not India that was partitioned, it was Bengal and Punjab that were partitioned and that too due to the far-reaching conspiratorial plans by the departing colonial British rulers and short sightedness of the politicians of the sub-continent. It is now needless to argue who is to blame for this; neither can we undo the history but both countries can act to mend the damages keeping their sovereignty intact.

Without any hesitation it can be reasonably said that Bangladesh’s current Prime Minister Sheikh Hasina has reached out more than any of her predecessors or her Indian counterparts in strengthening the relationship between the two countries. Amongst all the neighbouring countries of India, Bangladesh perhaps has  the warmest relationship with India and it cannot afford  to lose this gain achieved since the current Prime Minister of Bangladesh formed her second  government in 2009. During her more than twelve years of continuous rule, there has been extraordinary gain in connectivity between the two countries and virtually, if not all, most of it has benefited India, the last one being the joint inauguration of the Maitree Shetu (bridge) over the Feni River connecting the two countries on last Tuesday. The 1.9 km Maitree (Friendship) Shetu will connect Tripura of India with Ramgarh of Bangladesh.  The bridge will also benefit not only India but also Nepal and Bhutan. Not long ago the North Eastern state of India, Mizoram, had some border related disputes with its adjacent state Assam and Mizoram being a landlocked country was running out of such essentials as food and medicine as no transport vehicles carrying essential goods could move from other parts of India to Mizoram due to the twelve day informal blockade imposed by Assam. In a desperate move some senior Mizoram officials announced if things do not improve with Central Government’s intervention, it would be compelled to get its emergency supplies from Bangladesh. However, in reality Bangladesh would not be able to respond to such a call as Mizoram is a state of India and any such thing to happen the central government would have to send the request which it has done on a number of occasions in case of Tripura when the state was cut off from rest of the country due to natural calamities such as landslide or excessive rainfall causing extreme com It is election time in the neighbouring state of Paschimbanga (West Bengal). Though it is an internal matter of India, unfortunately quite often some Indian politicians makes demeaning statements about Bangladesh that hurts the feeling of the common people in this country. Those who make such statements seem to have poor or no sense of history or have any idea about the positive synergistic effect of the friendship between the two countries. In a recent statement one such politician discovered that all cows of Bangladesh are from India. Another politician announced that if it was not for the Shyama Prashad Mukherjee (founder of Hindu Mahasabah) people of Paschimbanga would have been Bangladeshi. Nothing could be far from truth. At best the people of Paschimbanga could be Bangali if by some stroke of luck Bengal would not have been divided as dreamt by some great politicians of undivided Bengal like Huseyn Shaheed Suhrawardy, Sarat Chandra Bose, Abul Hashim and Kiran Shankar Roy. Politicians should be building bridges amongst and between people but unfortunately in the pre-1947 era some important politicians of the sub-continent, instead of building bridges, successfully managed to build invisible walls dividing people which eventually led to erecting barbed wire fencing separating Bangladesh and India which will eventually serve as a semi-permanent wall.

On Tuesday when Prime Ministers Sheikh Hasina and Narendra Modi were virtually inaugurating the Maitree Shetu, Sheikh Hasina made a remarkable statesman like comment when she said ‘political boundaries should not become physical barriers to trade and inter-regional trade which is far below its potential in South Asia. We are creating a new era in South Asia through providing connectivity to India. We are in a region which has remained conservative in opening up and where inter-regional trade is far below its potential. I believe political boundaries should not become physical boundaries of trade.’ In all fairness it must be admitted that if India was more pragmatic and liberal in its economic outlook the gain would be equally divided between the two countries to the benefit of the common people.

Seamless transport connectivity between India and Bangladesh has the potential to increase national income by 17 per cent in Bangladesh and 8 per cent in India, discloses a new World Bank report. The total population of both Bangladesh and India is approximately 1.5 billion (to be exact 1.49 billion according to 2020 estimate).  Roughly one fifth of world’s population of 7.7 billion lives in these two countries. Of the total population of both countries, 44 per cent are identified as middle class. In real term, this is a substantial number and they constitute the potential internal market both for essential and non-essential goods, commodities and services. But unfortunately for the short-sightedness of the concerned policy makers of both countries, the potentials could never be capitalized. The seven North East Indian States were virtually out of bounds for Bangladeshi goods and services till recently. Earlier few exporters and producers from Bangladesh of such goods and services faced many non-tariff barriers from the Indian authorities when they attempted to export some of their goods to these states.  Under the current Indian government, things have changed to some extent. Bangladesh has already agreed to allow its Chittagong Sea Port and Ashuganj river port for transportation of Indian goods to these North Eastern Indian States. Limited amount of Bangladeshi goods are also available in these states and from my personal experience it can be said that the local customers are quite satisfied with these goods.

In a normal time approximately 1.5 million visas are issued to Bangladeshi citizens’ by the Indian councillor offices in Bangladesh every year. Most of the Bangladeshi travellers to India travel either for treatment, education, shopping, and business or just for vacation. The amount of money Bangladeshis contribute to the India economy is staggering by any standard. In a globalized world, it is the customers’ choice. One must appreciate such development keeps on favouring India. Because people travelling to India, especially for medical reasons or shopping or just on vacation to Paschimbanga  feel much at home in Paschimbanga due to the friendliness and warmth of the people there. However such may not be the case in some states of India and many complains that they have found it difficult to find a decent accommodation in hotels because they were carrying Bangladeshi passports. Such issues need to be resolved.

Amongst seven North East Indian States four states share common border with Bangladesh. Of these three, Assam, Meghalaya and Tripura have easy access to Bangladesh and vice-versa. However Mizoram, which shares its borders with Chittagong Hill Districts, more specifically Rangamati and Bandarban, has least connectivity options with Bangladesh. Considering the remoteness and location of Mizoram the state could very well benefit if both the countries could establish better connectivity between Mizoram and Bangladesh. It would very well help trade and tourism in a limited scale.

Two issues have long stood in between further strengthening the relationship between Bangladesh and India. The first and the most important one is equitable sharing of the Teesta river water between the two countries and the second is the border killing. The Teesta river water sharing could not be resolved due the irrational stubbornness of the Paschimbanga Chief Minister Mamata Banerjee. Bangladesh demanded equitable share and not equal share. It did not want a share compromising the interest of Paschimbanga. The second is the border killing. Recently the visiting Indian Foreign Minister said if the crimes along the border stop, the killings too will also stop. World’s most volatile and porous border is US-Mexico border. But US border patrol never uses lethal weapon to shoot at the criminals trying to cross into US. India could very well do that instead of using lethal weapons.

India’s Prime Minister Mr. Narendra Modi is scheduled to visit Bangladesh on 26th March on the occasion of the Birth Centenary of the Father of the Nation Bangabandhu Sheikh Mujibur Raman. On the same day a new passenger train between Dhaka and New Jalpaiguri is scheduled to run covering a distance of 513 km. This is a land mark decision which will become a reality on the day Bangladesh begins the golden jubilee celebrations of its independence day. This will be the third passenger train between the two countries. Next in the queue is the resumption of the Akhaura-Agartala rail link.  If the relationship further warms us, political rhetoric apart, both countries stand to gain economically and socially.

Finally considering the economic potentials of both the countries and the failure of SAFTA to become operational, it is time for the two countries to think of forming a free trade bloc and deciding on goods and services which could be freely traded protecting the national interest of the trading countries. If other neighbouring countries want to join in this trade bloc, they should be welcome with all good earnest.

The writer is an analyst and a commentator munication disruption.