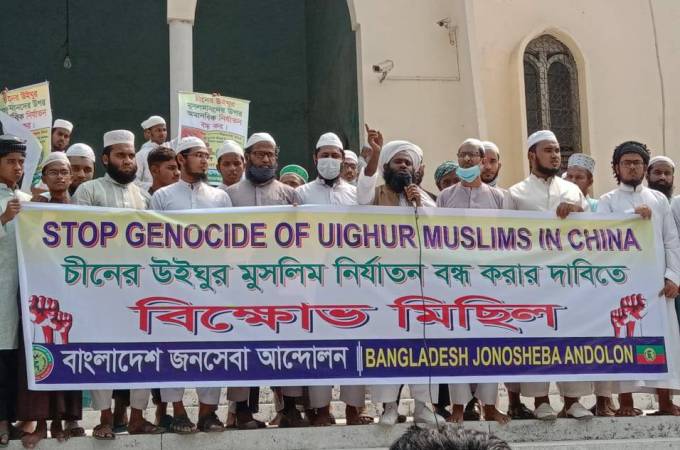 Leaders of several Islamist groups in Bangladesh have demanded to end the China's Uyghur Muslim persecution. The leaders also called for a boycott of Chinese goods unless stopped of the persecution of Uighur Muslims.

The demand was made at a protest rally at the north gate of Baitul Morkaram on Friday.

At the pre-protest rally Mufti Fakhrul Islam, chairman of the public service movement in Bangladesh as the chief guest said if the China government does not stop persecuting the Uyghur Muslims in that country, the Muslims around the world would not remain silent. If necessary, the Chinese ambassador should be expelled from Bangladesh.

“I would like to tell the government to call the Chinese ambassador and make a warning him which will be helpful to stop persecuted of China Muslims,” he said.

Alhaj Azam Khan, secretary general of the Khilafah Movement, said the Chinese government has long persecuted Uyghur Muslims. He called on all democracy in the world to build a united movement against the oppressive Chinese government.